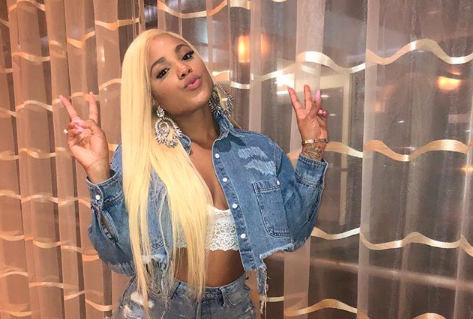 Ishawna is set to hit the big screens soon as she recently signed movie deal with an overseas film company.

The “Slippery When Wet” singer is set to play a leading role in an upcoming movie produced by independent Amercian film company, Royalty and Respect Films.

According to Monty Green, CEO of Royalty and Respect Films, he is delighted to be working with the Dancehall superstar, as he believes she is a natural talent and will prove to be a good fit for the role.

Ishawna Hits Back At Critics Over Govana Counteraction

The film producer says he met the artist while scouting for shooting locations last year. He says Ishawna was seen as a perfect fit as she is instantly recognizable by the public and also knows the culture.

Green remained tight-lipped with much of the details of the movie but did reveal that Ishawna would be cast alongside a dancehall deejay.

Filming for the project is set to begin later this year and could be released as early as next year. Ishawna is currently riding high on the success of her most recent singles “Slippery When Wet” and “One And Lose.”