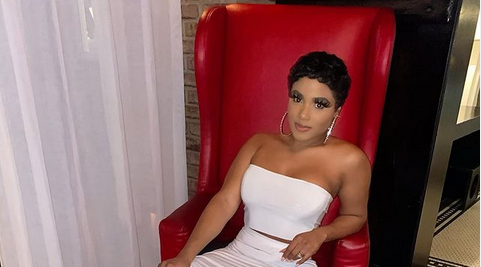 It looks like Ishawna is not ready to bury the hatchet as she took fresh shots at Lisa Hyper.

Rivalries are nothing new in Dancehall, and Lisa Hyper managed to make quite a few enemies in the past. In 2010 she took shots at several of her female counterparts including Tifa, Spice, Pamputtae, and Ishawna.

The whole fiasco came on the heels of a leaked photo that saw Lisa Hype performing oral sex.

However, it seems things have cooled drastically in recent years, as she recently apologized to her counterparts.

According to Lisa Hyper, her action was due to the belief they were speaking negatively of her behind her back.

Lisa recently apologized to her fellow counterparts on last week’s episode of Spice It Up titled “Mending Fences.” Spice invited Lisa Hyper, Pamputae, and Tifa via Zoom to settle their differences.

Lisa Hyper’s apology was openly accepted by Tifa and Spice, but Pamutae was not as convinced.

After the apology, Ishawna also took to Instagram to leave a cryptic message which fans claim is aimed at Lisa Hyper.

“A b**ch can never “thought” I said something cause when I say something I say it loud and clear!” She captioned a post.

Fans were also quick to pick up on the shade, with several pointing it out on her post. “Lol goods watch spice it up 😂😂😂” one fan trolled.

However, not everyone was in support of the jab, with some fans blasting Ishawna’s actions. “If woman uno love too much war as u watch spice it up u gone dash stone peace,” one fan declared.

It seems unlikely the spat will re-ignite a feud between the two as Lisa Hyper openly declared is not interested in any beefs.