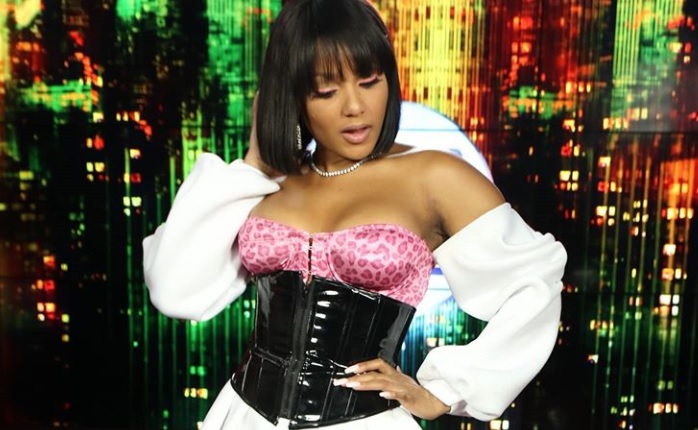 Dancehall singer Ishawna is unapologetic about her new remix of Cardi B and Megan Thee Stallion’s new single “WAP.”

Just hours after the Ishy released the raunchy track, Cardi B got wind and gave her stamp of approval on Monday. The New York rapper, re-shared Ishanwa’s post to her Instagram Story and wrote “(Jamaica flag emoji) Fireeeeee Jamaicans it’s too nasty.”

“Cardi B has entered the chat🔥🔥🔥🔥🔥 Thanks @iamcardib and thanks for all the love on the Refix guys❤️ #WAP #BadGalSettings #Ishawna #Jamaica,” The former Downsound Records artiste captioned a screenshot of the endorsement.

According to the Dancehall singer, after she heard WAP is had to jump on the track and do a refix for her fans, “When I heard the song, I felt it was only right that I jump on the track and do the refix. It’s more than just the fact that it’s a freaky song. I love that it’s two women being confident and embracing their sexuality because that’s me. That’s what I represent,” she told the Jamaica Star.

“I wouldn’t say I’m the ‘queen for freaks’ but I am the queen for people who are confident and comfortable with themselves and their sexuality. I represent for the people who are doing whatever the hell they want to because dem nuh affi answer to nobody. A your life, do weh you wah do.” she said pointing out that she was prepare for ‘more lashing’ which she previously received from her single ‘Equal Rights’ after she made clear that “anything mi do mi embrace it,” she continued.

“Mi nuh do nothing and hide it or nothing and shy away from it so once I say I’m going to do something, I do it all the way. I never back out. If you’re a freak, so what?” she asked. “Life supposed to festive. A mi say festive queen enuh, so weh boring life a go? Life is too short to be boring. Yuh nuh see how 2020 a gwaan?”

Ishawna told the publication that there has always been a double standard in society when it comes to women speaking openly about the sexual acts they enjoy partaking in.