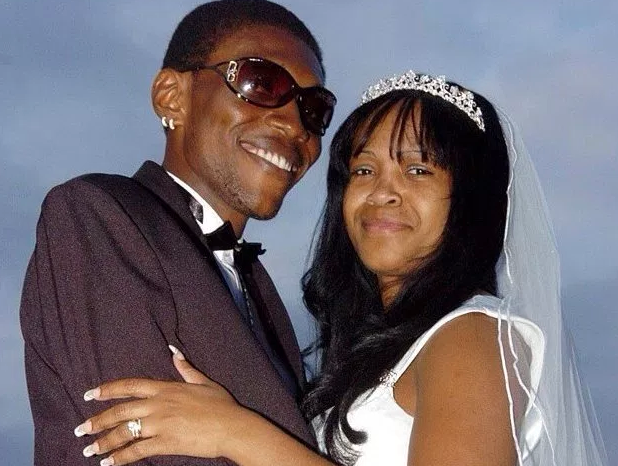 The two met at a stage show in Brooklyn and dated for four years prior to tying the knot in a private ceremony before a marriage officer at the Registrar General Department branch on Trevennion Park Road in Cross Roads, Kingston.

“… Mi just get up mad and decide fi do it, is like mi get a wedding fever from wha day because my babymother’s mother got married recently, and I was the best man for the groom, so I just decided to do it. I flew her in from New York for the wedding, and it’s all good, I am in love, I am happy, this is just glorious.” Kartel said on his big day.

He also added “From the first time I met her, I knew she was special. So we talked a couple of times on the phone, it wasn’t a groupie thing, and we just fell in love little by little.”

Unfortunately, two years after the Dancehall Deejay filed for divorce.

In papers filed with the Jamaican Supreme Court, Kartel, real name Adidjah Palmer said that his bride had given birth to a son who was fathered by another man.

He said he had never lived with his wife since the January 9, 2006 private wedding. Kartel also provided for the court a copy of the child’s birth certificate.

Palmer said also that his wife never visited him in Jamaica after the US revoked his visa to that country some time after the wedding.

Elliott, who was born in Jamaica, is also quoted in the same story as saying that she too was deeply in love. “I love his personality, he is fun-loving, and very smart, and I believe he is misunderstood, he has good qualities. From the moment I met him, I fell in love with him…,” she added.