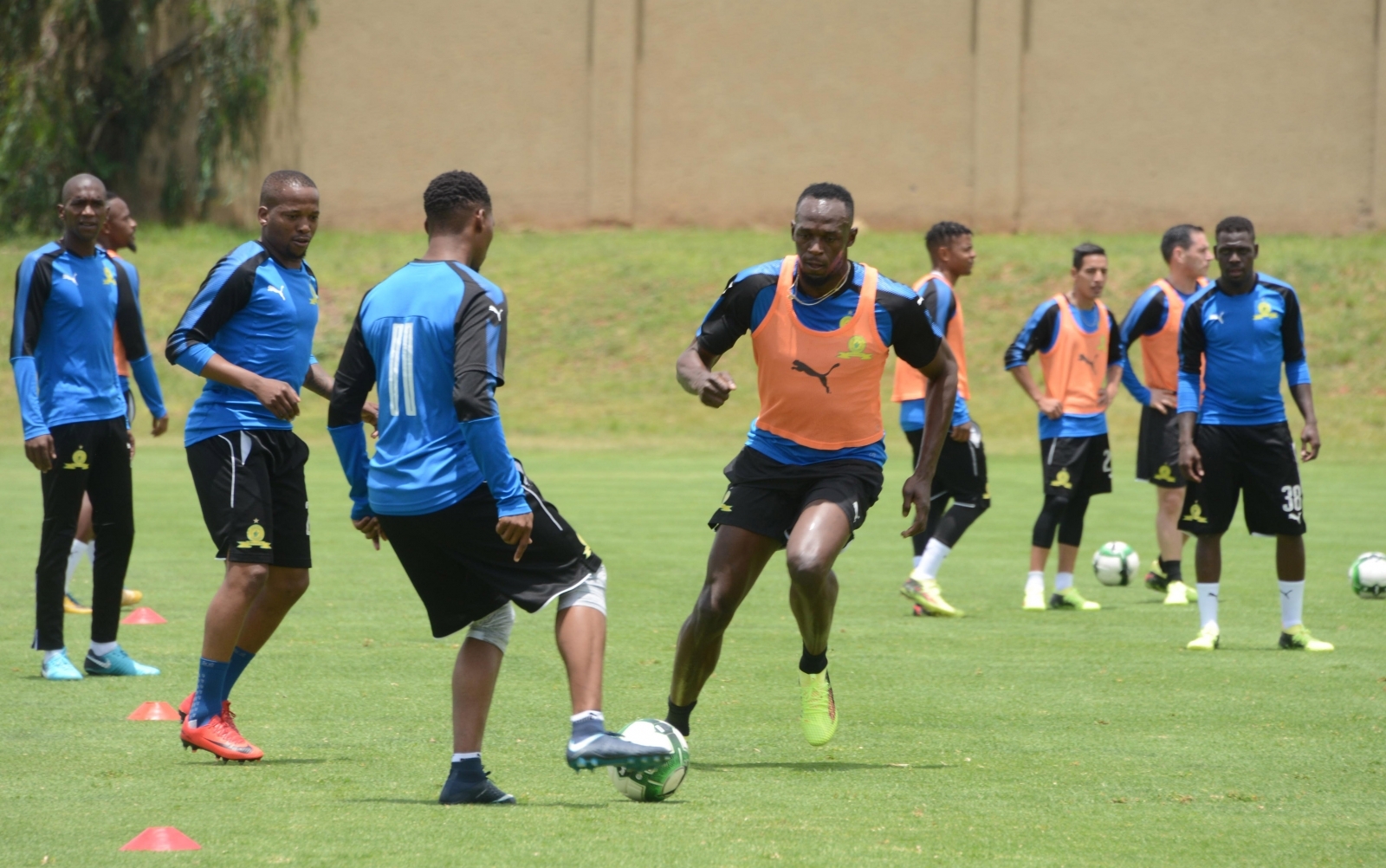 The Jamaican sprint legend has been hitting the field with retired Jamaican footballer and close friend Ricardo ‘Bibi’ Gardner.

“Mi G [Ricardo ‘Bibi’ Gardner] telling I’m running too fast on the football pitch ??????,” Bolt captioned a photo of the two on Thursday.

Bolt was photographed in a Borussia Dortmund jersey. Earlier this year it was reported that he had secured a trial with German top-flight club.

Bolt is slated to begin trials with BVB later this month to determine if he is good actually enough to play competitively. The trial was organised by Puma, who sponsors both the sprint star and the former Bundesliga champions.

The Jamaican track and field legend is set to captain a team of international celebrities against a Robbie Williams led England side on June 10.

Soccer Aid has previously featured such footballing luminaries as Diego Maradona, Ronaldinho, Zinedine Zidane and Peter Schmeichel (smikle), along with celebrities such as Will Ferrell, Woody Harrelson and James McAvoy (macka-voy).

While making the announcement Bolt said “It’s my dream to make it as a professional footballer. To play against some of football’s biggest legends is going to be remarkable.”

Bolt has spoken previously about wanting to get into professional football after retiring from athletics after the 2017 IAAF World Championships in London.