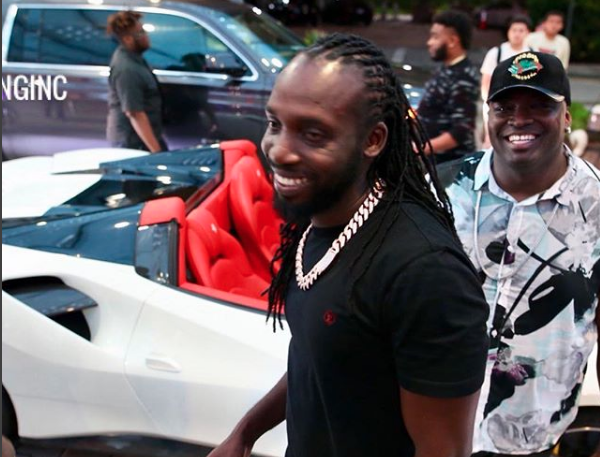 Mavado’s teenage son who has been charged with murder will have to wait until month end to learn if he will be granted bail.

The 16-year-old was charged along with another man, 23-year-old Andre Hines, in connection with the murder of Lorenzo Thomas, who was shot and chopped to death in Cassava Piece, St Andrew.

On Tuesday a bail application was started by one of the lead attorneys representing the teenager, Bert Samuels, in the court but a decision could not be reached by the presiding judge on the matter.

According to Samuels, “No ruling has yet been made by the judge. Part of the bail application was heard and we are to continue on July 31.”

Prosecutors allege that on June 5 the juvenile along with his co-accused invaded the premises occupied by Thomas where they shot, chopped and partially beheaded the man before setting his body ablaze.

Mavado, who is currently in the United States where he holds a permanent residency, has to date ignored several warnings from law enforcement officials to turn himself in for questioning.