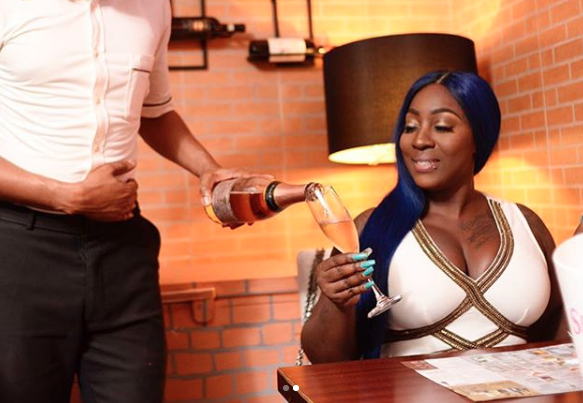 Spice is gearing up for the new season premiere of Love & Hip Hop Atlanta on Monday and she will be watching it with her loyal fans.

Last month the newly crowed ‘Queen of Dancehall’ sent fans into a frenzy when it was revealed that she will be featured in season 7 of the VH1’s smash hit reality TV series.

Spice had been tight-lipped on the topic until last week when she confirmed the report, “Ok so y’all keep asking why I’ve been so tight lipped,” she wrote. “Well I guess it’s out. I’ll definitely be on season 7 of Love and hip hop Atlanta make sure you all tune in on monday march 19th 8pm. Where’s my #Smurfs ??? I’m about to blue up #Atlanta or should I say #America,” she added.

Now Spice says she is planning to watch the show with her fans and will turn Mondays into ‘Spicey Mondays’.

“Are you ready for us to talk about the show every Monday night? #Spiceymondays right here on my page,” she asked fans. “Now mi ago know a Who have cable ??? #Vh1#vh1loveandhiphop.”

According to the network, Spice whose real name is Grace Hamilton, will be channeling her inner Amara La Negra to crossover from Dancehall into the American music industry in the new season.

Dancehall fans can expect to see the ‘Needle Eye’ deejay working on her international career as she will be hitting the studio with producer Stevie J and other current and former cast members.

Spice is no stranger to the docu-soap franchise as she was a guest on the show last year when the cast visited Jamaica in 2017. Season seven of Love and Hip Hop: Atlanta will start on March 19.