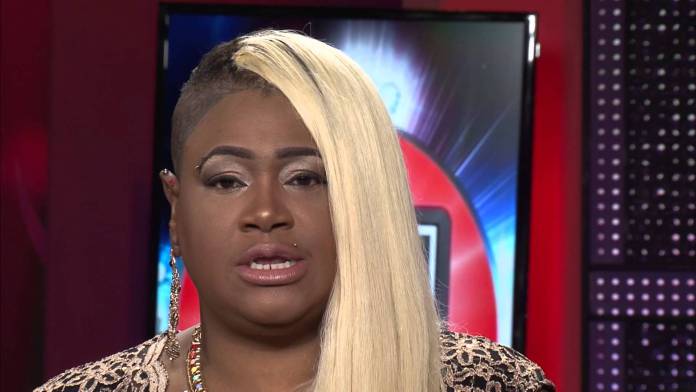 Social media personality A’mari DJ Mona Lisa, has turned a new page in her life by converting to Christianity.

A’Mari, who is best known for her tumultuous relationship with Gully Bop has made some drastic changes to her life.

Since turning her life over to God A’mari has lost over 40 pounds since undergoing gastric bypass surgery. She has since transformed herself into a body-positive online influencer, promoting self-love.

According to A’mari, she made the decision to turn her life over to God after receiving a vision.

“I became spiritually inclined shortly before my gastric bypass surgeries. I saw a superior being in my dream. He told me that he was walking away from me. My whole life went into tumult. I ended up in excruciating pain for over a month. It was then that I surrendered my life to Jesus Christ. He came personally to me in a second dream and said, ‘I need you’. I thank God, He saved me,” said A’mari.

Since making the life-changing decision A’Mari says she feels like a new person, happier and healthier than ever.

“The biggest change in my life is watching myself losing the weight after many years. I’m feeling so much healthier and want other people to experience this feeling of love, acceptance and appreciation. My body is a temple for God but I used it as a cistern. But no more. I was blind but now I can see,” she said.

According to A’mari, since becoming a Christian God has been steadily helping her to improve her life. She says her savior has helped to bring her out of situations she never thought possible.

“Once I became a Christian, I decided to move in faith. I did my bypass surgery but got caught up in the system and found it difficult to get out. I walked away from everything and went to South Florida penniless with my children. Then God moved in my life, and it’s like everything I touched turned to gold. My family and I just secured the most beautiful place in Orlando, I am healthier and I want Jamaicans to know they need to get healthy, fix their life, get rid of diabetes and hypertension, make better choices,” she said.

However, this is not the first time A’mari has turned her life over to Christ, as she was previously baptized. She says she was actually baptized more than 20 years ago and tried to maintain a relationship with God.

With her past firmly behind her, A’mari says she is focusing on the future. She declared that she was done with her ‘messy’ past including her ex Gully Bop. “I am over Gully Bop. He is not trustworthy but I will always care about him,” she strongly declared.