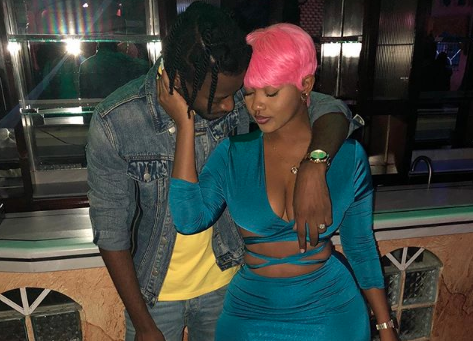 The breakthrough Dancehall entertainers sparked the rumours on Monday when the “Love Situations” singer uploaded a photo on Instagram with the “Bake Bean” hit maker looking cozy.

However turns out the photo was just a stunt to generate buzz for their new collaboration titled “Better Than That” produced by Emudio Records.

According to the “Gyal Thief” deejay, he is not dating Kingdom. Speaking on the rumours, Govana made it clear that he keep his relations out of the music industry in an effort to avoid controversy.

Kingdom also refuted the relationship rumours saying Govana is her close friend and the two are only focusing on promoting their new single.

Meanwhile, “Better Than That” is currently the number one trending single on Youtube in Jamaica after locking over 133,000 streams since its release on April 26.