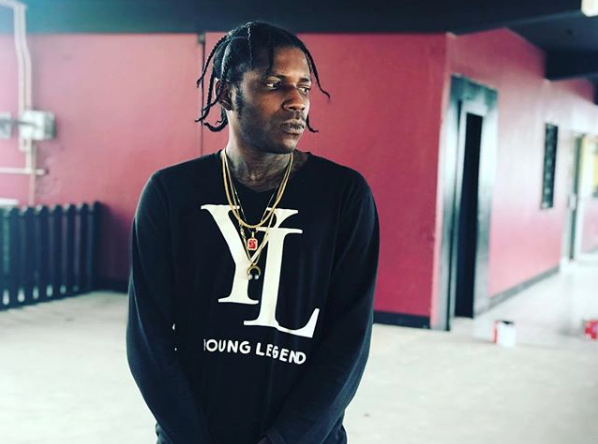 Gage is looking to expand his career beyond music through merchandising.

The Dancehall star is looking to expand his empire as an entrepreneur beyond his musical career.

The entertainer says he has big plans to venture into the merchandising business. According to the star he has already begun to seek out possible partnerships that could work with his brand.

In an interview with The Star Gage revealed that the idea came to him six months ago following the release of his EP “Gyallis Now.”

“At some point you have to want more as an artiste. You have to evolve and think of ways to strengthen your brand outside of the songs,” he said. “The EP was my first-ever project like that and the response was so overwhelming, it made me realise people wanted more from artistes than just singles.”

“And so it gave me the idea that if they want projects, they would also support other ventures. I have already reached out to a few people in that field, shared my ideas, came up with a few logos and designs but we’re still in the early stages,” he added.

Gage did not disclose what kind of merchandising he would embark on instead saying he would keep his options open.

However, the deejay says the move won’t be affecting his music. He says he has been kept busy in the studio recording new tracks which fans look forward to in the coming weeks.

“Fans can look forward to Gyallis Now Vol 2 coming soon and I’m gonna release a few tracks this week, one titled Squeeze and the other titled Drip. Both are party songs,” he said.