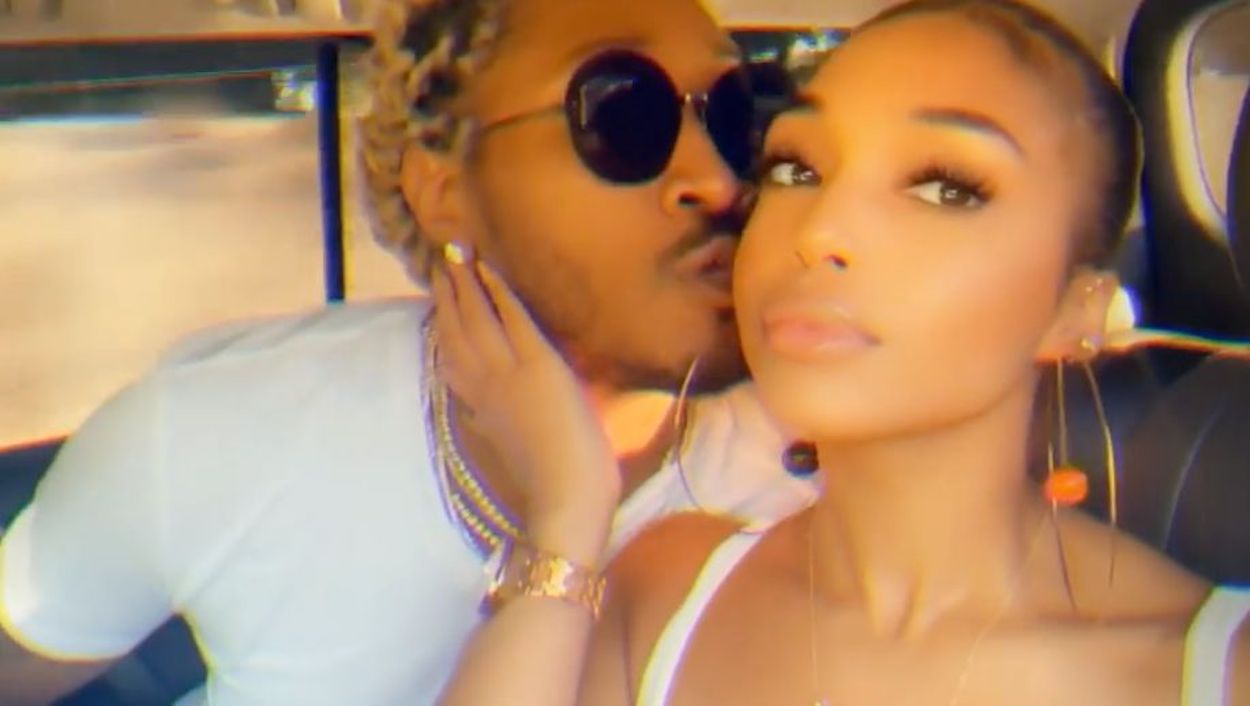 The 23-year-old broke the internet over the weekend after sharing a video clip of Future kissing her in Jamaica.

The clip quickly went viral on social media after Lori posted it to Instagram, confirming rumours of a romance.

The two celebrities and a host of friends and family were on the island to celebrate Lori’s birthday. They were both spotted out together getting cozy together at a private party in Montego Bay.

It seems Future is going the extra mile for his boo, as the entire crew was seen living it up in Montego Bay.

On Thursday Lori took to Instagram to show off her villa upon arrival. Her room was romantically decorated with candles, rose petals and balloons wishing her a happy birthday.

Last November Future raised eyebrows after he posted a pic of Lori on Instagram Story calling her a dime.

It seems Lori is returning the gesture by posting the clip with the rapper saying “Life is Good.” In the video, the rapper is seen riding in the back of a car while he plants a kiss on her cheek.

Fans have since taken to social media to voice their opinions on the interesting romance.

“All this proves to me is that man love bad gal,” one fan commented, while another joked, “She about to get pregnant too. Every girl he’s with he gets them pregnant and leaves them.”