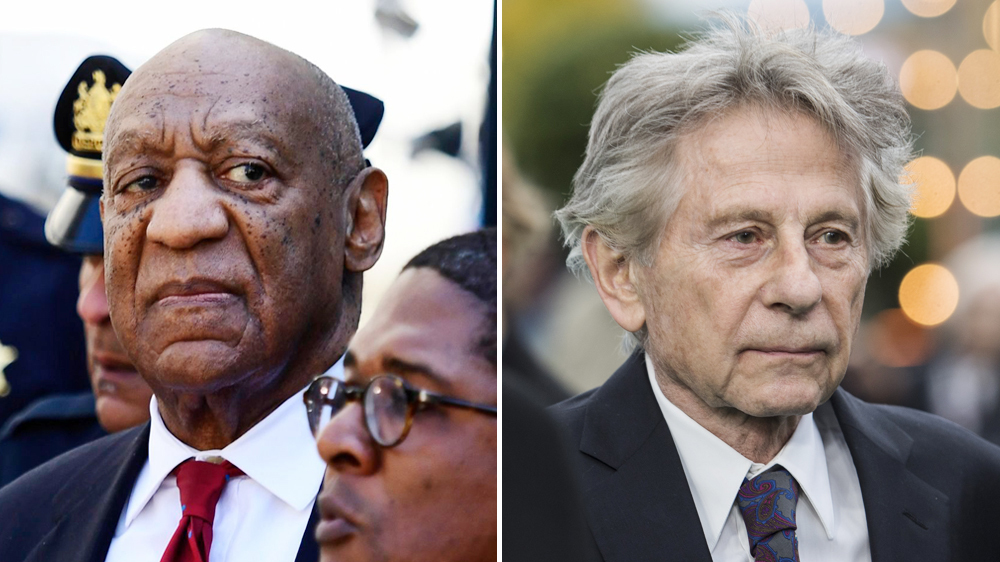 The organization that bestows the Academy Awards said Thursday that it has expelled two prominent members convicted of sexual offenses, Bill Cosby and Roman Polanski, from its membership.

It’s the first major decision since the Academy of Motion Picture Arts and Sciences implemented revised standards of conduct for its over 8,400 members following its expulsion of disgraced mogul Harvey Weinstein in October. In Polanski’s case, the expulsion comes more than 40 years after he was accused of raping a 13-year-old girl he plied with champagne and Quaaludes during a photo shoot, and 15 years after he won a best director Oscar.

Polanski’s attorney Harland Braun said Thursday the decision “blindsided” the director, who learned of his expulsion from media reports.

Braun accused the academy of failing to follow its rules and give Polanski’s team a chance to respond to efforts to expel him. He said he and Polanski’s agent will ask for the director to be reinstated next week and they want a hearing before a new vote on his membership is taken.

The academy wrote in a statement that its board of governors met Tuesday night and voted on Polanski and Cosby’s status in accordance with the new standards. Polanski’s membership dates back to 1969, and Cosby’s to 1996.

The academy did not immediately respond to an email about Braun’s contentions.

Polanski, who won a best director Oscar for 2002′s “The Pianist,” remains a fugitive after pleading guilty to unlawful sex with a minor in 1977 and fleeing the United States the following year. Cosby was convicted last week of sexual assault in Pennsylvania, for drugging and molesting Temple University employee Andrea Constand at his suburban Philadelphia mansion 14 years ago.

A spokesman for Cosby did not return a message seeking comment Thursday.

In its statement, the film academy said its board “continues to encourage ethical standards that require members to uphold the Academy’s values of respect for human dignity.”

Adopted in December, the code of conduct stipulates that the academy is no place for “people who abuse their status, power or influence in a manner that violates standards of decency.”

The academy’s board may now suspend or expel those who violate the code of conduct or who “compromise the integrity” of the academy.

Before Weinstein, only one person is thought to have been expelled from the academy: Carmine Caridi, a character actor who had his membership revoked in 2004 for lending DVD screeners of films in contention for Oscars that ended up online.

The film academy came under intense scrutiny following Weinstein’s expulsion and the rise of the #MeToo movement for some of its active members, like Cosby, Polanski and Mel Gibson. And since then, many others have faced new allegations like Kevin Spacey, Brett Ratner, John Lasseter and Paul Haggis. It even became late-night fodder for people like John Oliver.

Because its members are not made public, occasionally incorrect assumptions are made about who are part of the organization. Woody Allen, for one, is not.

Polanski has been one of the more divisive members of the organization for years. At the 2003 ceremony, Polanski’s win — his first — received a standing ovation. He was not in attendance. He’d previously been nominated for writing his adaptation of “Rosemary’s Baby,” and directing “Chinatown” and “Tess.”

Prominent actors like Kate Winslet, Jodie Foster and John C. Reilly continued to work with him, and in 2009, when Polanski was arrested in Zurich and U.S. authorities attempted to extradite him, more than 100 celebrities signed a petition for his release, including Allen, Weinstein, Martin Scorsese, Darren Aronofsky, David Lynch, Penelope Cruz and Tilda Swinton.

“We lived in a different world, and that doesn’t excuse anything. But you can have your eyes opened and completely change the way you want to live,” Portman said. “My eyes were not open.”

The film academy has faced a number of challenges in the Time’s Up era, including the question of whether or not Casey Affleck would present the best actress Oscar this past March in accordance with tradition. Affleck, who settled a pair of civil lawsuits accusing him of sexual harassment in 2010 during the production of the mockumentary “I’m Still Here,” bowed out of the task himself early in the year. Jodie Foster and Jennifer Lawrence ended up presenting the award instead.

While this year’s Oscars ceremony and host Jimmy Kimmel did not shy away from addressing the movement, it also awarded former Lakers star Kobe Bryant, who in 2003 was accused of raping a 19-year-old hotel employee in Colorado, with an Academy Award for the animated short “Dear Basketball.” He admitted to a sexual encounter with the woman, but denied the assault allegation and criminal case was dropped after Bryant’s accuser refused to testify. She later filed a civil suit against him, which was settled out of court and included Bryant’s public apology to her, although he admitted no guilt.

Its president John Bailey also recently faced an allegation of sexual misconduct, but was cleared after a committee and an outside law firm investigated the claim and unanimously voted that no other action was required and that Bailey would remain in his position.