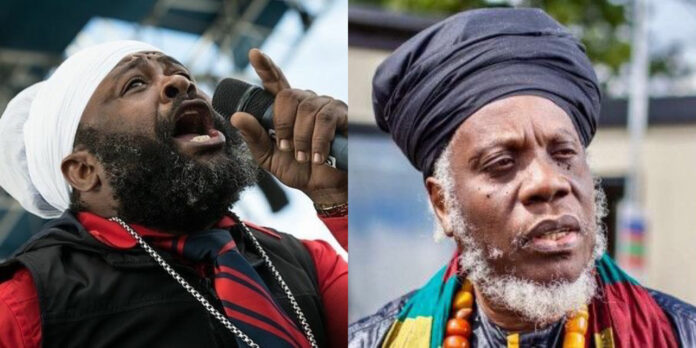 Fanton Mojah has issued an apology to Cindy Breakspeare but says he will not be apologizing to Mutabaruka.

Reggae singer Fanton Mojah has issued an apology to the former Miss Jamaica for comments he made during a recent rant. However, the “Fire King” deejay says he has no intentions of apologizing to Mutabaruka.

The “Hail The King” singer says he will not apologize to the radio host despite recent legal threats.

Fanton Mojah would go on to highlight that the dub poet is not innocent in the situation, claiming he was “mix up.” “The mix up weh yuh go yuh shoulda never trouble Fanton caah Fanton don’t trouble people.”

The singer says he only decided to respond to Muta’s unjustified criticism after his daughter brought it to his attention.

“Yuh even mek mi daughter a listen yuh and traumatized over wha yuh a seh,” he complained. He then added, “Come on Muta, mi a man mi have feelings like anybody else mi a human being… So to all a mi fans dem mi want unnu know this, mi never trouble Muta, Muta trouble mi.”

Fanton Mojah then issued an apology the Cindy Breakspeare saying, “I apologize, for even calling yuh name mommy, i deeply apologize.”

Earlier this week Fanton sparked controversy after suggesting that Breakspeare was somehow involved with Mutabaruka. His comments were in retaliation to Muta’s criticism of his controversial “Fire King” music video.