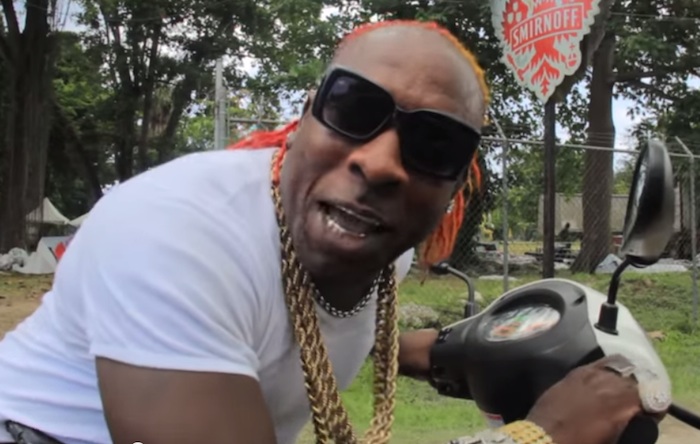 Elephant Man came under heavy fire last week after Dancehall fans and members of the Christian community accused him of disrespecting God in his latest song.

In the song, the Energy Gad speaks about the practice of drinking alcoholic beverages while driving, “Jesus please just take the wheel, drive me safe go home, me drink ah whole flask on my own,” Ele deejays.

Dancehall fans blasted Elephant Man saying he’s making a mockery of Jesus and is also promoting drinking and driving. “Sounds like you’re promoting drinking and driving as long as Jesus takes the wheel smh,” one fan said while another added, “How about not drink and drive instead of doing something you know is wrong then asking God to see you through.”

While reverend Astor Carlyle says Elephant Man’s song is repulsive. He also called on thee National Road Safety Council to ensure the track is banned from our local airwaves.

However Elephant Man says that’s not the case. “Ja [Jamaica] has become an island of partying and all around the world people have been celebrating from the year start into carnival season, Easter weekend or spring break and straight back to summer,” he told The Star. “This song is just giving them a heads up to remember God in everything them do because this minute the vibes can sweet and next minute it can sour.”

The entertainer added that he didn’t expect to get the response that he is getting currently after releasing the song because he is singing about real life situations that are happening in his homeland. Elephant Man pointed out recent car accidents involving popular dancehall artistes like Munga Honourable and Aidonia.

“The song is also to let the artistes of dancehall know with summer approaching, songs like Jesus Take The Wheel are relevant,” he continues.

However while Dancehall critics continues to blast Elephant Man, at least one member of the local Christian community, Pastor Stephen Blake, also known as the Dancehall Pastor, is supporting “Jesus Take The Wheel.”

“All Elephant Man is ‘preaching’ is that sometimes all partygoers need to do is ask God to take them home safely and that there is a greater being there to help control certain things,” Pastor Blake said.