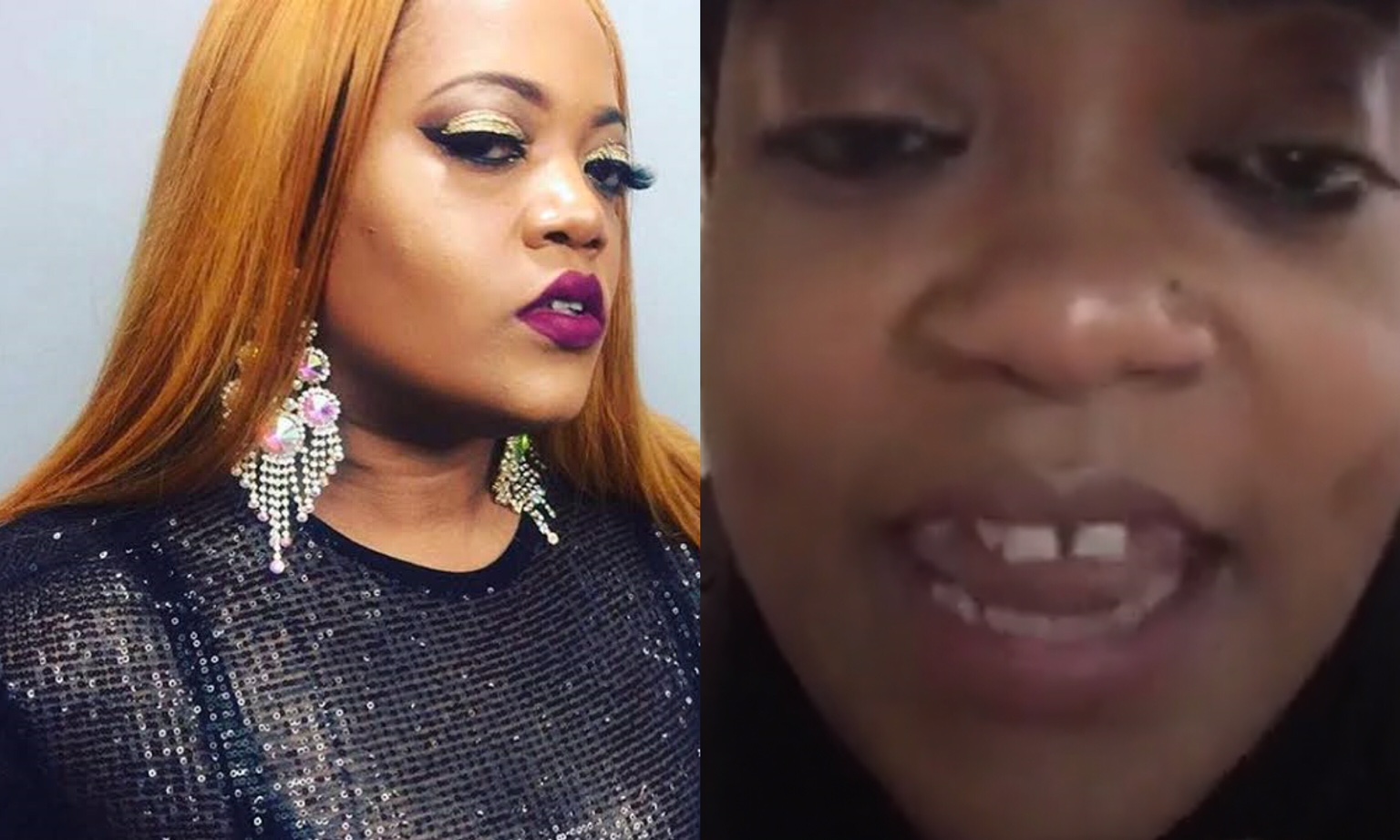 Dovey Magnum is not here for Spice fans asking about her teeth.

The “Bawl Out” deejay reignited her beef with the Queen of Dancehall earlier this month when she seemingly took jabs at Spice for uploading her alleged new boyfriend on Instagram.

“While Shi post the man sey mines ?Mi fren A ride him face and Mek him balls disappear in satisfaction ?,” Dovey Magnum captioned a photo of herself in response, with the hashtag, “#BitchhhhUNotFuckAbleSoGoBatheAndSoak!.”

Following Dovey Magnum’s post, Spice took aim at the “Bruk It Off” singer’s misaligned teeth by uploading a video using a SnapChat filter to enhance her mouth, “Teeth a gi weh ova yah so ???,” she captioned the video.

Since then Spice’s loyal supporters have been trolling Dovey Magnum on social media. However on Saturday, Dovey reached her boiling point and slammed a fan who asked to see her teeth, check out her reply below.