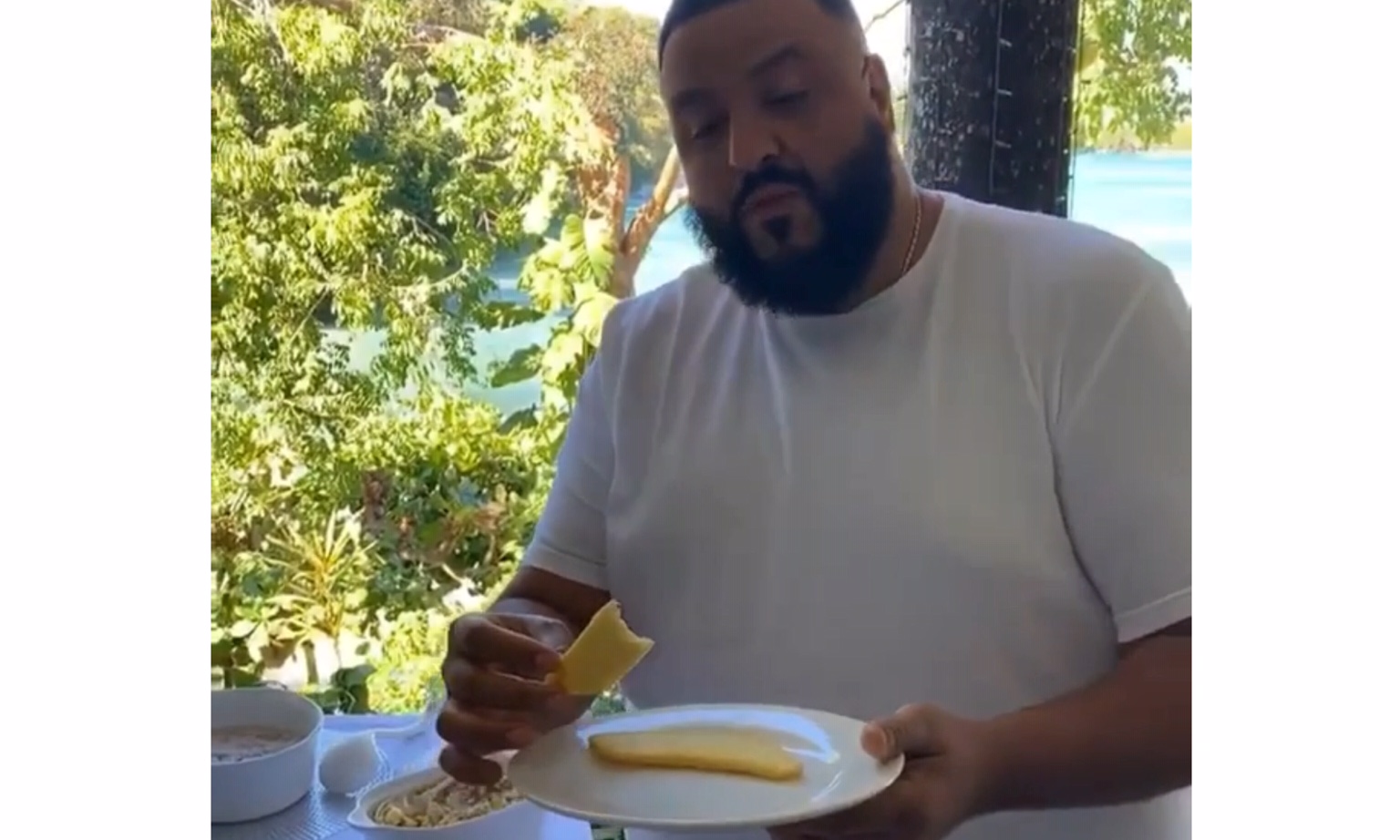 Everyone is loving DJ Khaled’s snaps from Jamaica and they were willing to give him his citizenship until his recent video.

The self-proclaimed ‘Orginial Yaad Man’ uploaded a video of his breakfast on Thursday which included roasted breadfruit and sweet potatoes with ackee and saltfish.

Everything We Know About DJ Khaled’s New House In Jamaica

All was going well until the American DJ, record producer poured oatmeal porridge over his breadfruit.

“I was gonna say give him his citizenship until he put the porridge on the plate. Bless him up same way, him full vybz,” one user wrote. “Respect Khaled enuh… but a the first me ever see anyone drop porridge inna plate beside breadfruit.”

Watch video and check out comments below.