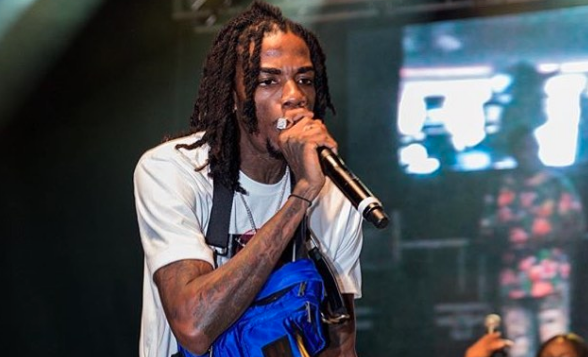 Did Alkaline fall off? some Dancehall fans seem to think so.

In recent months Alkaline has been relatively quiet on the music scene, releasing just a handful of singles and failing to dominate the airwaves like years prior leading many to speculate whether or not the Vendetta deejay has fallen off.

Fans are now debating whether the “Formula” deejay’s reign is actually over following a relatively quiet year compared to his usual standards. They claim the deejay’s dominance has been replaced by a new wave of Dancehall artistes, especially from Montego Bay.

Although the deejay has creditably scored several hit singles since the turn of the year, including “Fine Whine,” “Juggernaut,” “Pick Unnu Side,” and “Yardie Fiesta,” some fans seem to think this was still not enough.

In recent weeks many fans have been taking to social media having their say on the deejay’s perceived drop in dominance.

“Weh the Vendetta boss deh him fell off or something [shake my head] better him go black him eyeball again or bleach, him music naan shot,” one fan wrote while another added, “Somebody needs to tap alkaline on HIS shoulder now and tell him seh him fall off.”

The comments did not stop ther as another fan wrote “Deevn too quick to listen a new alkaline song these days caz the dog fall off and nobody naw tap him pon him shoulder.”

However, despite the growing debate sources close to the Vendetta camp have revealed that the deejay is not deterred by the negative comments, claiming that he has been busy working on a new project and touring overseas.

They further added that Alkaline’s relative silence is due to the fact the deejay has never been focused on flooding the market with new music, instead focusing on albums and game-changing projects.