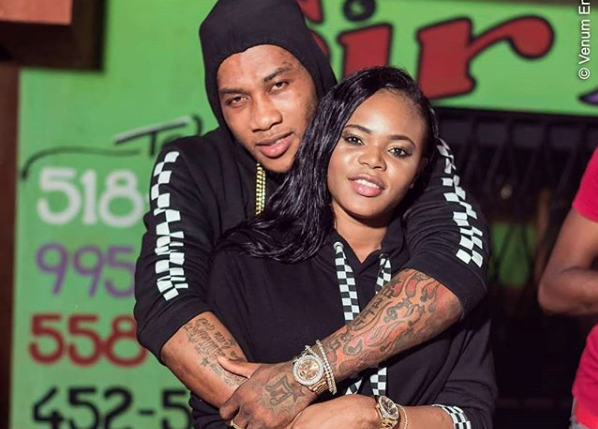 Dancehall Queen (DHQ) Nickeisha is blasting Popcaan for dissing her longtime boyfriend Marvin The Beast earlier this week during his reaction to Shenseea crowning herself the new princess of Dancehall.

The popular female dancer took to Instagram earlier this week blasting the Unruly deejay following comments he made which ridiculed her boyfriend and dance partner Marvin The Beast.

“Some a unuh artist in music fi know unuh bl*tclaat self an stop try pick problem on social media with people weh naa f**k with unuh,” she posted to her Instagram Story.

Queen Nikki questioned if Popcaan dissing Marvin citing that, “… all he [does] is talk good about you, so why?????.”

The drama unfolded earlier this week after Popcaan took to jabs at the dancer while commenting on Shenseea’s ‘Princess of Dancehall’ proclamation saying “[Shenseea] a me woman so call her a goddess, plus Marvin The Beast did say him a princess a dancehall already #lockpick.”

The troll stems from an apparent typo which Marvin made on social media several months prior, in which he declared himself the “Princess of Dancehall.”

Fans also joined in on the act as Popcaan’s comments were echoed by a large number of fans who continued to ridicule the Montego Bay-based dancer.

“poppy never just get up n say it, Marvin say he his the princess for dance hall n he go n say it after poppy bring it up back go n read Marvin post he did say that so u can’t blame poppy that’s what Marvin say,” one fan wrote in defense of Popcaan.