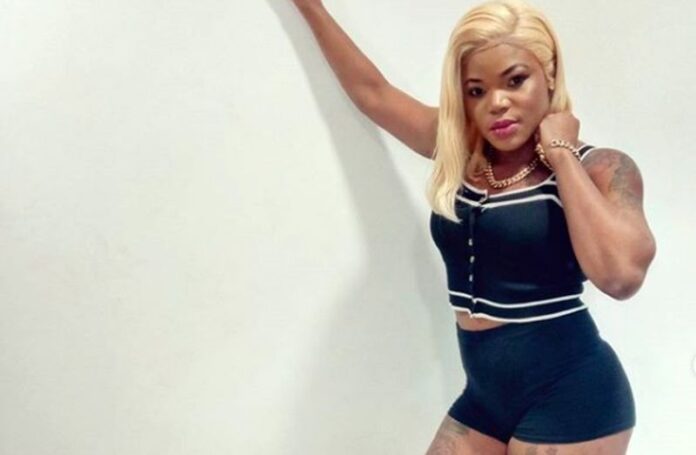 Dancehall Queen Nickeisha is ready to shift her focus into becoming a full-time recording artiste.

The dancer who rose to fame in 2013 says she is ready to make a splash in the music industry. She got her first taste of success with a couple singles with her ex-boyfriend Marvin The Beast in 2017.

However, the dancer says she is now ready to make the transition into becoming a full-time recording artiste.

“I am done with dancing as a career, but will still shake a leg when I hear music because dancing is a part of me. But right now, I am focusing on my music 100 per cent. My plan for 2021 is to push my music career out there even more, so the people can know me as an artiste and not just DHQ Nickeisha,” she told The STAR.

“I don’t feel any pressure trying to get my name established in this industry because I know I am very talented,” she continued.

Nickeisha, says she will now be assuming the moniker “Queen Nikki,” under the guidance of Boysie Records. The label is responsible for the early success of Dancehall hotshots Intence and IWaata.

Queen Nikki says she has several singles on the way, including a new banger “Nuh Dog Ears.”

“My new single, Nuh Dog Ears, is out now and doing well, and I recently posted a preview of another song. It name Five Questions and it a gwaan good. Di people dem can’t wait fi hear di things dem, and mi can’t wait fi drop it,” she said.

The Dancehall starlet also opened up on her views on the recent rise of several female stars in the genre. “They are doing well, and their work is finally being recognized not only locally, but internationally as well” she said.

The deejay also hinted that she hopes to collaborate with a few of her colleagues in the future. “There are many female artistes I would want to collab with… but I want to keep that anonymous for now.”