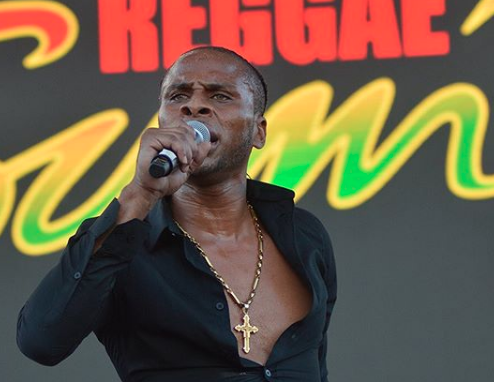 If the breath taking & luscious landscape of Jamaica gave chills to its natives just fostering and enabling them to explore sexual desires in its natural form, the single ‘Nosey Neighbours’ depicts such.

One of the features from Dexta Daps latest album titled VENT, the rebellion soul-stress, IKAYA joins forces with the Contemporary King of Reggae-Dancehall Music. A Queen in her own right, Ikaya, takes you on a journey often typical to young couples from Jamaica and elsewhere.

Ikaya who often is not praised for her lyrical potency, not just reminisce about her sexual diversity and strength but dispel rumors about females whose body types are not necessarily portrayed in mainstream media.

The artiste island soothing seashell vocals levied against Dexta’s African Kongo drums smooth notes backed with amazing instrumentals can be described as a dancehall-reggae love song for modern times. Challenging her peer on the track, Ikaya, not just advocates for women taking the lead role during sexual interactions but demanding her independence, dispelling notions, stereotypes, and championing feminism.

“Sex is in our nature, so we go along with nature lol. Don’t be afraid to explore your sexual fantasies and desires. I embrace them. To evoke all these emotions on a song, with so much passion. I knew he was right fit for that purpose” Ikaya stated. “Fans of Ikaya already know that she gives every track her all and this was just like any other. Ikaya talent is unquestionable and its time we give her the credit she’s due” Shuzzr publicist for Ikaya adds.