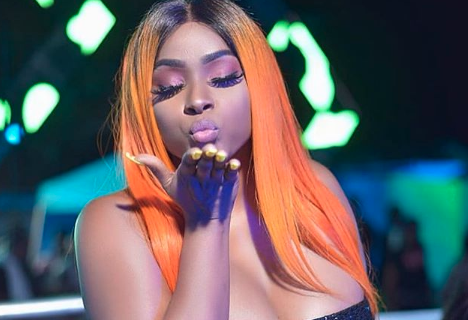 The Tropixs (Kingston, Jamaica) – Demarco and Yanique Curvy Diva have dropped the visuals for their new track Bounce Pon It.

On Wednesday the two Dancehall superstars dropped the visuals for their highly anticipated collaboration after weeks of teasing fans.

Bounce Pon It, which is shot and directed by Demarco’s True Gift Entertainment team, has racked up over 98,000 views and 4000 likes on Youtube since its release.

The visuals depicts both Dancehall artistes enjoying themselves at a nighttime water party with dozens of scantily clad women gyrating to the sounds of the hit single.

Fans have since taken to social media offering mixed reactions to the music video.

“The video messy ,it lack Choreography too much short clip of the leading characters but wish you guys all the best with the song” one fan complained, while another added “The video nice yes but was expecting something more because the song hooooot. Was expecting Yanique to be more involved wining up and so… Everyone seemed like they were enjoying dem selves still.”

In recent weeks Yanique came under heavy criticism from some fans on social media following an onstage underwear removal stunt during a recent Gay Pride event.