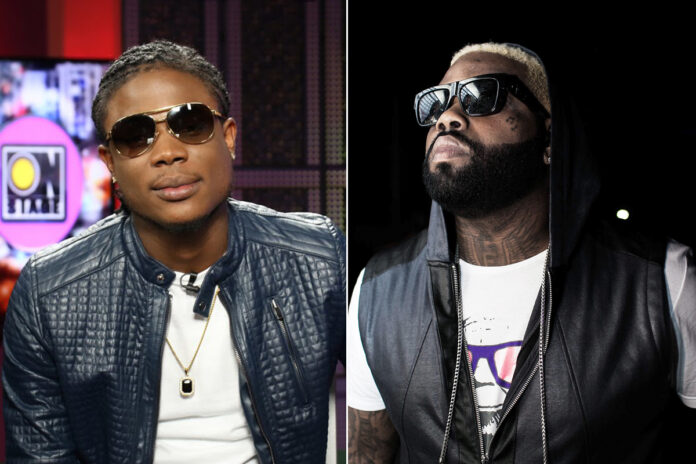 Demarco is voicing his opinion on Dexta Daps and Masicka’s 2019 hit single “Leader.”

The Dancehall superstar and the “Hard Ball” deejay have endured a frosty relationship over the years and it looks to continue. He recently offered his opinions on one of the deejay’s most popular tracks.

During a recent episode of Wizology Show on Instagram Demarco suggested that Masicka actually ruined the track.

“The song start off like an inspirational song and then me a hear bout gun inna lap and something gyal and fat p-m p-m gyal, like what? It hurt me. The melody and everything fi di song sweet and den di man go f–k up the song.”

He added that he actually respects Masicka’s talent, but was disappointed with the lyrical content in his verse.

Demarco claims that the track had the potential to surpass the universal appeal of his 2011 track I Love My Life.

Over the years both artiste has traded lyrical shots. Their feud reached its climax at Sting in 2014, when their respective camps reportedly came to blows back stage.

Demarco have repeatedly suggested that Masicka was the guilty party in starting a feud.

“Me always a go give credit where it’s due, a bad artiste, but at that time he was nobody, him never buss,” he said. “A me was the hot artiste in 2014 cause mi have the whole heap a hits…so he wanted to test the hot artiste at that time so him start do a bag of songs weh a diss me.”

Masicka and Dexta Daps “Leader” was one of the biggest tracks of 2019. Since its release, it has amassed over 16 million views on Youtube.

Shenseea Claims Other Female Dancehall Artiste Refuse To Collaborate With Her