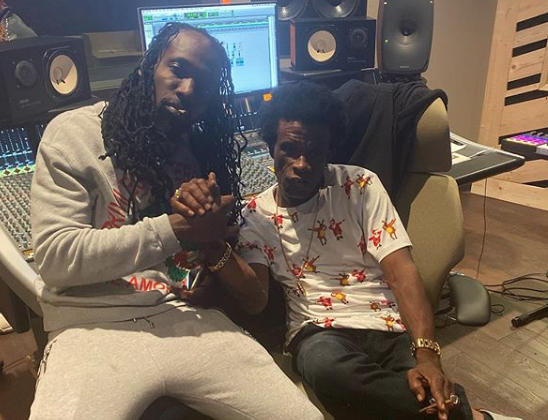 Danny ‘The Baker’ Vengeance has found a change of heart as he backtracks on his previous allegations made about Dancehall star Mavado.

Danny Vengeance, given name is Donovon Stewart, is an up-and-coming Jamaican deejay, who gained fame late last year after he fought a gunman who attempted to rob him in Miami.

During a news interview, Vengeance mentioned the term ‘baking it’ to explain the way he shot and afterwards killed the robber. The incident gave him a name, and he was widely celebrated on social media, which eventually motivated him to launch a music career as a Dancehall deejay ‘The Baker’.

Months later, the Baker took to social media calling out the Gully Gad claiming he stole from him. “Mafraudo You Stole My Top Shotta Song, @jordanchimney @chimneyrecords @djkhaled @mavadogully you ran off with all my credits and didn’t give me nothing,” he wrote on Instagram.

The Baker continued by mentioning Mavado’s alleged double-dealings with Canadian rapper, Drake, and added a funny parody making fun of the MVP boss. “You Rob Drake Money $25000, you f**king with the wrong people, You Can’t show your face back to Jamaica alive but your body will.”

He then shared a series of videos and made several allegations about Mavado and MVP member, Alkaline.

In the latest development, Danny ‘The Baker’ Vengeance uploaded a lengthy video to recant his claims and apologized for the accusations.

In the clip, he described Mavado as an idol and then blamed followers for the misunderstanding as he sternly said, “unuh need fe stop believe everything unuh hear pon social media,” referring to his claims that he also admitted to initiating.

“Hear wah me ah say Mr. Brooks, me love yuh like meh likkle brother and me nah hate pon yuh neither and me nah go bake neither for no money. The Baker alright, me good, money nah my problem,” The Baker said.