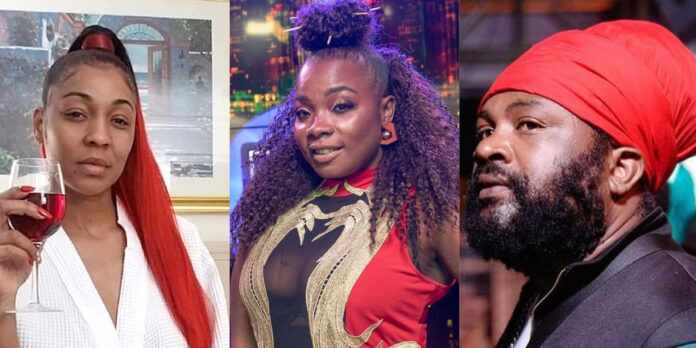 D’Angel and Pamputtae have both thrown their support behind under-fire Reggae artist Fanton Mojah.

Fanton Mojah recently sparked controversy following the release of his sexually suggestive track “Fire King.” The Reggae singer was blasted after many argued his message was not in-keeping with Rastafarian principles.

One of Fanton’s chief critics has been popular radio host Mutabaruka, who blasted the singer for the track. However, it seems at least some of the Dancehall community is coming to the singer’s defense.

Despite the controversy, D’Angel and Pamputtae have firmly thrown their support behind the singer. The two voiced their opinion in a recent post on Instagram while promoting the “Pink Riddim” project.

D’Angel also chimed in on the matter, declaring her support for the “Hail The King” star.

Fanton Mojah has since reacted by resharing the post while adding, “Fire King! Thank you ladies.”