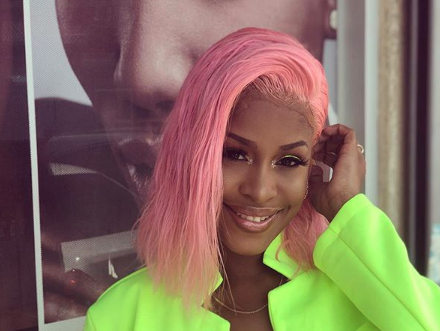 The Tropixs (Kingston, Jamaica) Upcoming Dancehall artiste Krysie is still mourning the painful death of her 15-year-old sister who drowned a few months ago.

According to the singjay, it has been really difficult for her since the death of her younger sibling, as she has found it extremely difficult to move on since her untimely death.

“It feel like a chain on the link in my life buss off. It is like when you have a family circle and it mash up, there’s a big space where Brianna used to be in that circle,” Krysie said. “Ah pure sadness we ah go through as a famliy; my daughter was an A student, but ever since school start back, ah pure crying she ah gwaan wid at school.”

Following the tragic incident, the Dancehall starlet says she has had to rely on music as a primary means of therapy, as it is the only thing that gives her any kind of peace.

Krysie says she has learned to appreciate music much more since her sister’s passing, and also found a deeper appreciation for life as no matter what happens she is now thankful just to be here.

A few months ago the singer’s sister, Brianna, drowned while trying to save a friend at a beach in Bayshore Park in St Andrew. Both teens tragically died in the incident which happened just two days after her fifteenth birthday.

Krysie, whose real name is Crystal Robinson, is best known for the single “Top Class,” which features Dancehall superstar Vershon. Her other songs include “Tomorrow” and “Know Bout Me.”