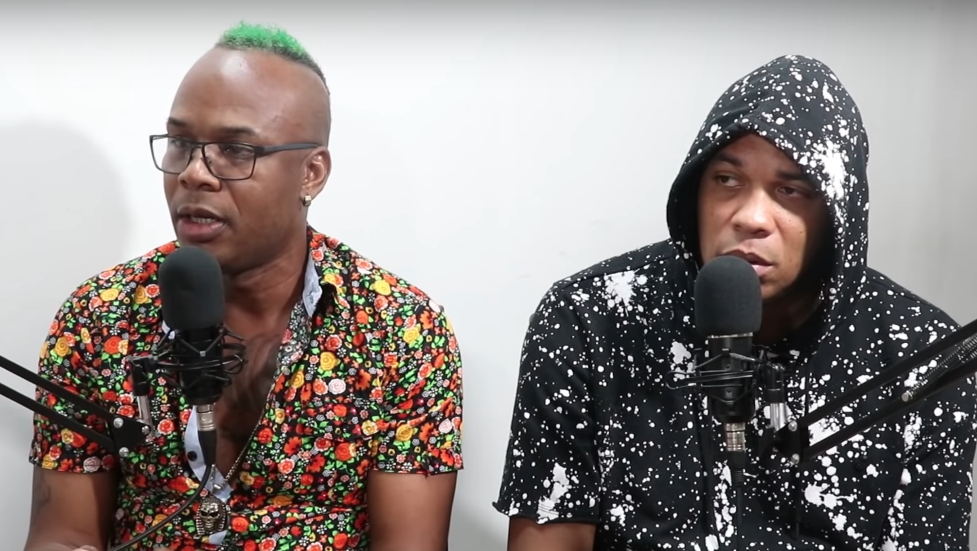 RDX is not here for Ding Dong or Elephant Man.

Dancehall duo RDX stopped by The Fix and revealed their dislike of Ding Dong & Elephant, why they feel like their underrated by dancehall fans, their international success and more in a lengthy sit down.

The “Shake Yuh Bam Bam” stars claim that they have received significant ‘fight’ from both Dancehall superstars over the years, allegedly because they also do ‘dancing songs.’

According to RDX, both Ding Dong and the “Energy God” seemingly have problems with them because they also record ‘dancing songs.’

The duo, who have some of the biggest ‘dancing’ hits in the past ten years including “LOL,” “Everybody Dance,” and “Dancer’s Anthem,” claim both artistes have tried to undermine them in the past.

During the interview, the entertainers shed light on at least one incident where they claim Ding Dong tried to undermine them over the success of their “LOL” song.

“LOL is the last song weh.. weh.. weh guh number one fi we (as a dancing song), and Ding Dong did have a problem wid that… And him feel like say him coulda did sing LOL better than we, so him go back inna him studio and guh sing waa LOL and it tushh,” Delamar said.

The deejay’s also reveled that Ding Dong is not the only entertainer who has a problem with them saying “A waa tell yuh seh enuh, a not even him alone nietha enuh… Cah Elephant Man nuh like RDX neitha enuh.”

“Cah Elephant feel like seh a him alone fi sing dancing song, And him and Ding Dong a fren, dem guh the same obeah school,” the deejays claim.

The entertainers also claimed that other deejays have also suffered similar experiences too, claiming artiste such as Chi Ching Ching, Sanjay, and Shelly Belly also managed to upset the two after releasing dancing tracks.

Watch the interview below.