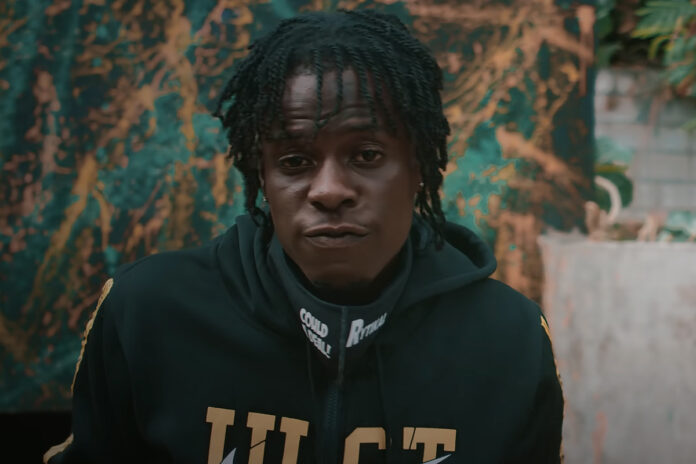 Dancheall hotshot Rytikal has been hit with gun charges following his arrest on Thursday evening.

The “Cookie Jar” deejay has been charged with illegal possession of firearm in 8 Miles, Bull Bay.

According reports, Rytikal, whose real name is Rohan McFarlane, was approached after seen acting suspiciously. He was then questioned by police officers and his vehicle searched where a .38 pistol and 12 rounds of ammunition was found.

The 25-year-old dancehall artist was subsequently arrested and charged. He is currently being held in police custody.

Rytikal is best known for being a part of the popular Eastsyde camp which also features Skillibeng. He was one of the breakout acts for 2020, scoring several hits such as Cookie Jar, King Inna War, and Brawling.

Since his arrest, other Dancehall acts such as Kranium have reacted on social media offering their support. Kranium was one of the first to call for the deejay’s release saying, “Free Rytikal #faith.”

Dancehall fans have also flocked to social media to voice their opinions with many seemingly dissapointed at the star.

“Laden,tommy lee and then you.them youth yah nah learn,” one fan lamented. Another fan also expressed similar senitments saying, “So wah it ago tek out a dem fi just buy a license fire arm , mi nuh get it.”

Some fans were however more sympathetic to the star, jumping in his corner. “Look what happen to rygin king sad to say but if you don’t protect yourself who will?” one fan questioned.