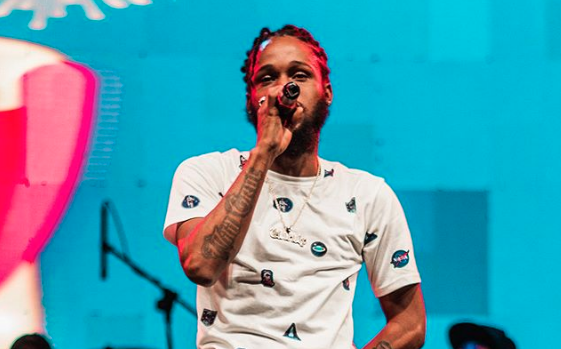 Dancehall artiste Quada reportedly turned himself in to the Constant Spring police yesterday and was subsequently detained.

The Popcaan protege, real name Shaquelle Clarke is allegedly being charged for ‘Kidnapping and Murder’.

This, in relation to the mob-killing of a man who residents claim was involved in the slaying of an eight-year-old girl in the rural community of Sterling Castle Heights last year.

Authorities are saying Quada was one of those who killed him based on eyewitness evidence of someone who was there on the scene. The development comes 10 months after Miguel Williams, 29, was attacked, beaten and set on fire by angry residents who accused him of being involved in the slaying of Shantae Skyers, a student of Red Hills Primary School.