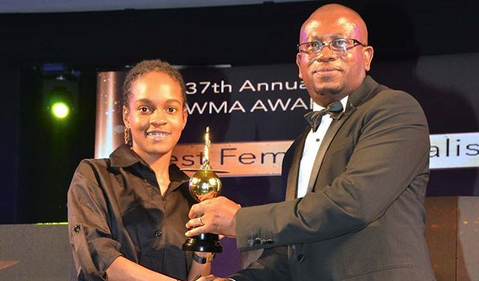 Last Saturday the 38th staging of the IRAWMA honoured its winners via television, radio broadcast, and social media.

The award show was originally scheduled for March 29, at the AC Marriott, but was moved up a week. Organizers say the changes were due to the corona outbreak.

According to Ephraim Martin, event organizer, the show had to go on. He says said they decided to continue “without the glitz and glamour of the red carpet”.

Fortunately, Martin says he has had prior experience in hosting a live-streamed award show.

“It has been done for our shows in Trinidad and New York while the event was actually going on, so why postpone or cancel it? A good thing to note is that it’s usually more persons tuned into the televised and online broadcasts than are attending the show,” he told The STAR.

According to Martin, their hands were forced as the corona pandemic has sparked a period of uncertainty.

“We don’t really know how long this is going to last, and so the announcement of the award winners and ceremony could not be put off for another six to eight months, especially with the industry and the thousands of people worldwide who helped to select the winners anxious,” he said.

The scaled-down show was hosted by Winford Williams and featured a performance from Dance Xpressionz. Some of the awardees honoured on the night include; Stranger Cole, Bongo Herman, Derrick Morgan, Buju Banton, and Sizzla.

The big winners of the night were Buju Banton and Koffee, who won seven and four awards respectively.

However, not all the winners were able to collect their awards. “The entertainers who are winners of awards will be contacted, if not already, and can collect them at a later date,” said Martin.