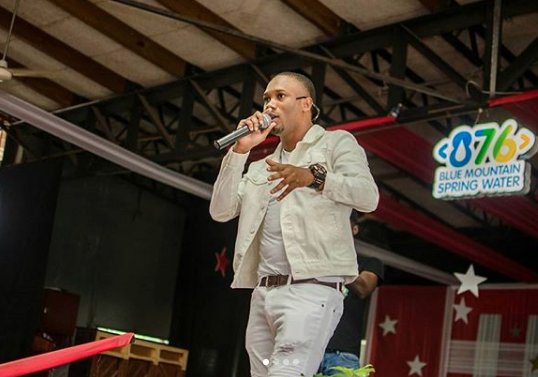 Chozenn has put his Gospel twist on yet another popular Dancehall track.

The Gospel singer has ignited controversy yet again after remixing yet another raunchy Dancehall single, this time Dexta Daps’ raunchy track “No Underwear.”

Several fans expressed curiosity on social media a few weeks ago after the Gospel star expressed intentions to remake sexually charged single, wondering exactly how it would sound.

The singer kept true to his promises as he released the single “Scary” earlier this week, taking aim against paedophilia and crimes related to sexual abuse.

In the track, the singer mourns the deaths of Shante Skyers and Ananda Dean, who were both murdered by sexual predators.

“One a mi real life niece dem pop up and link me, She seh she nah go a school, she fraid, trust me, the reality hit me,” the singer starts the song before heading into the chorus chanting “It’s really scary out (really scary out there), Demons roaming everywhere.”

According to Chozenn, he decided to pen the song to combat what he calls the “normalisation’ of paedophilia” in Jamaica.

“Everything in the song is facts, it’s the harsh reality and we can’t be escapists,” he said. “Me using the rhythm from the Dexta Daps song was deliberate. My song is a mind renewal antidote on the same beat in a Godly view.”

The track is not the first time Chozenn has decided to flip a popular Dancehall track as he previously stirred controversy with his remake of Dovey Magnum’s highly popular “Bawl Out” in 2018.