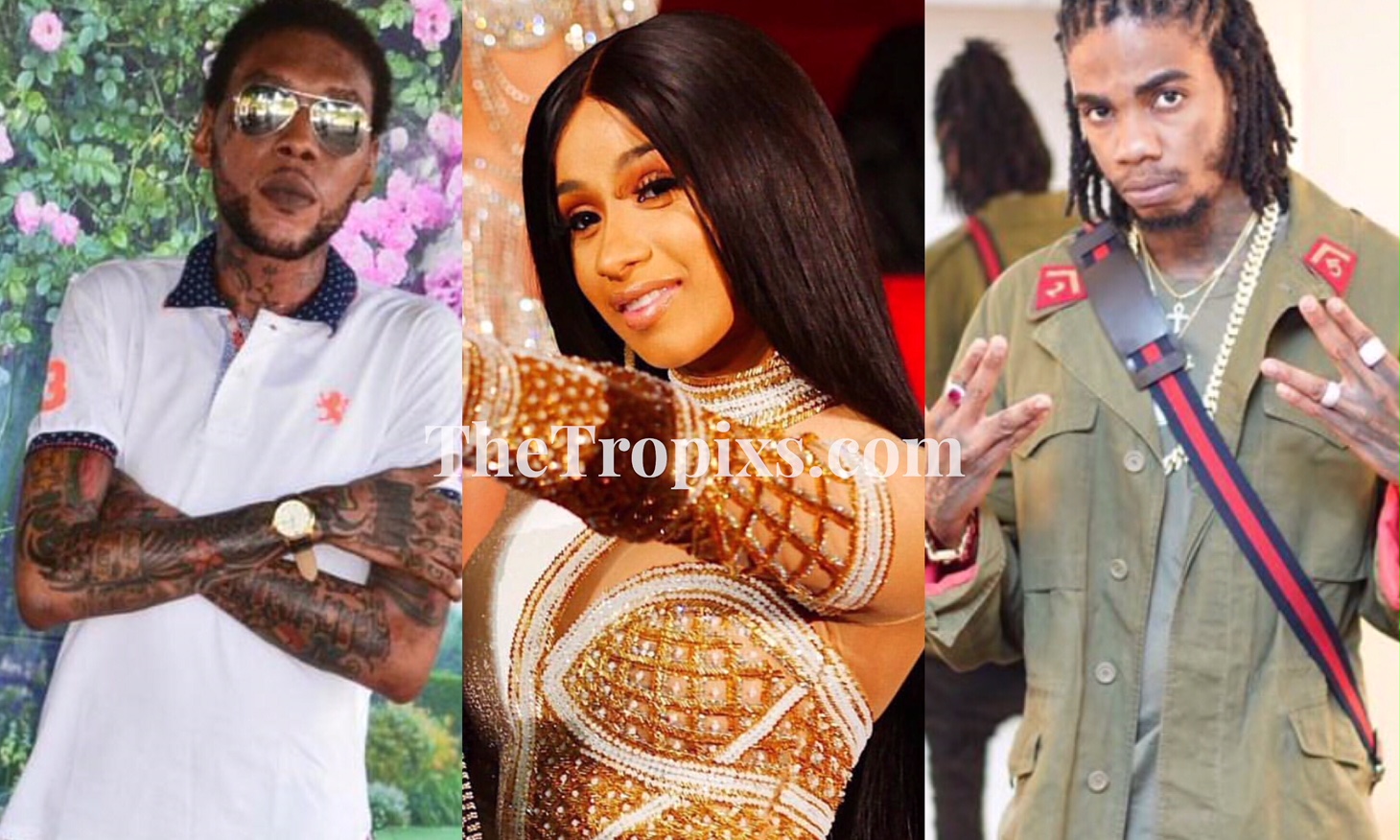 Cardi B could make Dancehall history if she gets her wish of getting Vybz Kartel and Alkaline on the same track.

According to sources close to the “Bodak Yellow” rapper she wants to do a banger with the Dancehall heavyweights for her debut album.

“Bardi is really trying to make this happen but its hard,” sources close to her said. “She [Cardi B] really can’t believe there’s so much industry politics in Dancehall but she wants to everyone to eat. A Vybz Kartel and Alkaline track would sell a lot of records and that’s a fact.”

Cardi B Gives Alkaline Huge Endorsement To Her 16 Million Followers

Cardi B made headlines back in November when she travelled to Jamaica to shoot her latest music video for Puerto Rican reggaeton and Latin trap singer Ozuna’s “La Modelo.” Shorty after her visit producer Rvssian announced that a Vybz Kartel collaboration was in the works.