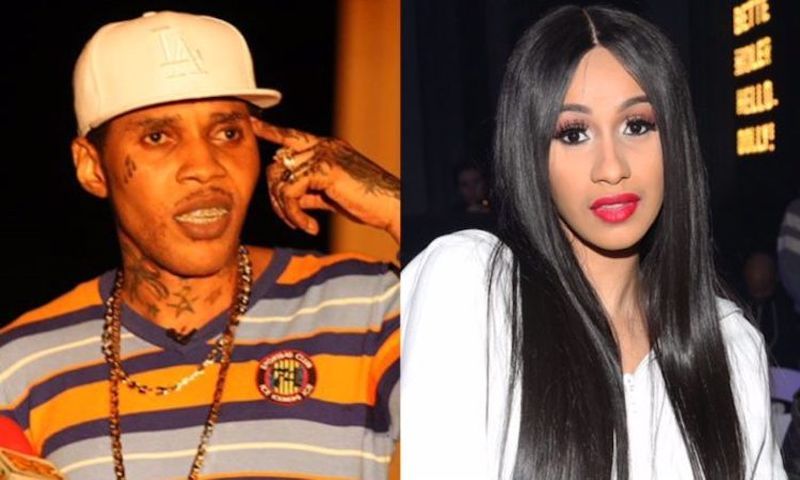 Cardi B is a huge Vybz Kartel fan and she wants the world to know.

The American rapper took to her Instagram account over the weekend to promote Vybz Kartel’s remix of her new track “WAP” with Megan Thee Stallion.

Bardi first gave the GAZA nation deejay’s version of the raunchy track her stamp of approval ahead of its release and is now in full promotion mode as she uploaded it to her 73M IG followers on Sunday.

“Haaaannn this my one of my FAVORITE ARTIST IN THE WORLD @vybzkartel. He remix WAP all the way from Jamaica,” She wrote under the post. Cardi B’s post quickly sparked speculations that Vybz Kartel could be featured on a official remix of the track.

The self-proclaimed “Worl’ Boss” responded to the Cardi’s endorsement with, “Nuff love & Respect Mami!!!! @iamcardib this a #CardiBdubplate! So its not local …its global!!!.”

TeeJay Ending 2020 In A New “Entanglement”