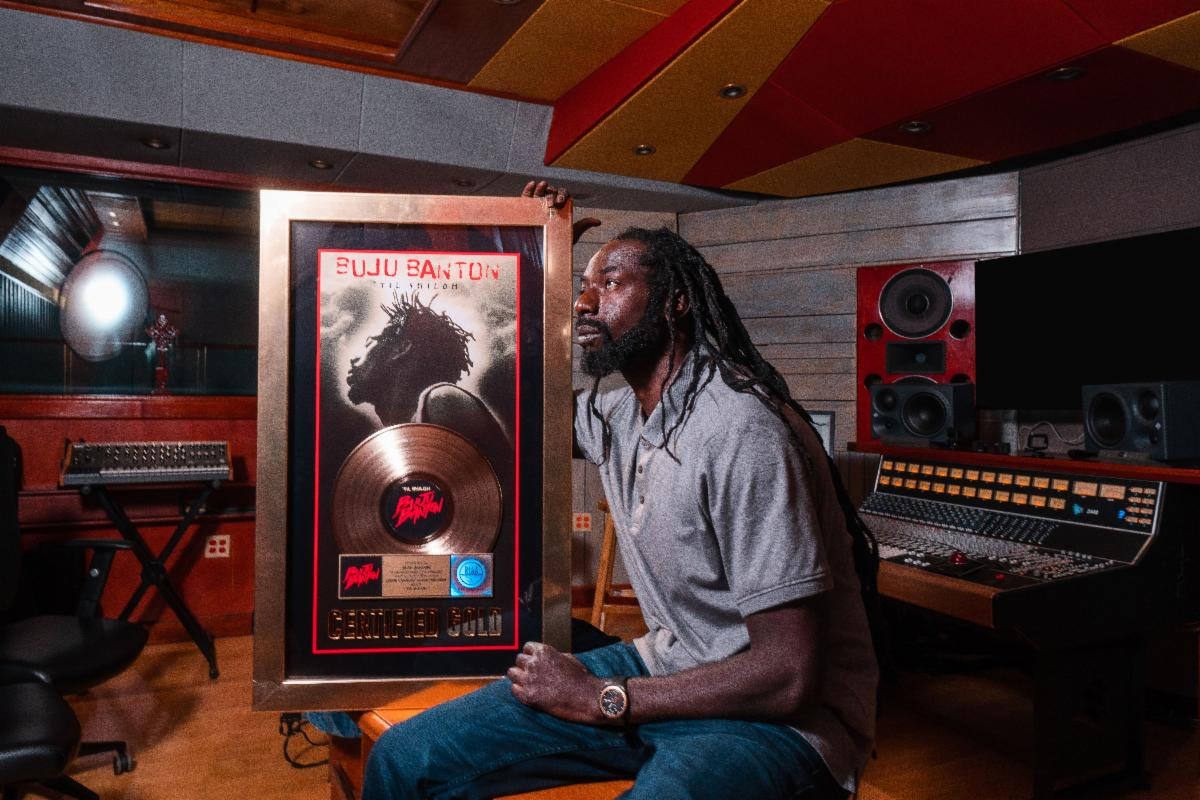 Island/UMe celebrate the birthday of Buju Banton, the Jamaican dancehall innovator, today, July 15 and the 25th anniversary to his boundary-shattering masterpiece, 1995’s ‘Til Shiloh, which turns 25 on July 18.

Fans from around the globe will be able to watch as Banton receives an RIAA certified Gold album for ‘Til Shiloh. In a first
PHOTO CREDIT: NICKI KANE

Described by The New York Times as “an extraordinarily intense performer, and a surprisingly versatile one” and by Pitchfork as “the quintessential dancehall artist,” there is no living artist more crucial to Jamaican music. And ‘Til Shiloh, which explored Banton’s Rastafarian faith on highlights like “‘Til I’m Laid to Rest,” “Untold Stories,” “Not An Easy Road,” and fan favorites “Murderer,” “Champion,” and “Wanna Be Loved” are the ideal gateway to his hallowed discography. Listen to‘Til Shilohvia all streaming services

“My music is an embodiment. A total embodiment of who I am: my perspective, my griefs, how I feel within,” Banton told Okayplayer in 2020. “I am merely a vessel. A servant. And this is my offering. Wholeheartedly.”

Buju Banton was born Mark Anthony Myrie as the youngest of 16 children. (His nickname “Buju” came from a Jamaican breadfruit due to his childhood appetite; his chosen surname toasted his deejay heroBurro Banton.) Soon after his first song, “The Ruler,” which he recorded at 16, Banton developed a thunderous rasp that set him apart in his lane. His early underground hit, “Stamina Daddy,” became the title track of his 1992 debut album (later repackaged asQuick). Stamina Daddy’s 1992 follow-up,Mr. Mention,contained seismic singles like “Batty Rider” and “Man Fe Dead,” “Love Me Brownin” and “Love Black Woman,” which were ground-breaking for their feminist purview when this was uncommon from a male singer.

Continuing his upward trajectory, Banton made his international debut with 1993’s Voice of Jamaica, which Allmusiccalled “the kind of album that leaves the listener breathless with amazement.” But he would do that album one better.

‘Til Shilohwas acclaimed by BBC as “a very listenable landmark” which “saw the brash ‘rockstone’ deejay turn dreadlocked throwback,” by Spin, which called it the 10th best album of 1995 and his voice “an uncontrollably vibrant lickshot of adrenaline,” and by The Village Voice’s Robert Christgau, who awarded the album an A-minus, as “the most fully accomplished reggae album since the prime of Black Uhuru.”

In 2019, Banton returned to music on his “Long Walk to Freedom” tour and on June 26, he released Upside Down 2020, his 13thalbum and first album in a decade on Island.

“Reggae music’s mission is to uplift, educate and eradicate negativity from the minds of the people globally,” Banton says. A quarter-century after ‘Til Shiloh, this living legend continues to create and remains vital, inspirational and revolutionary.