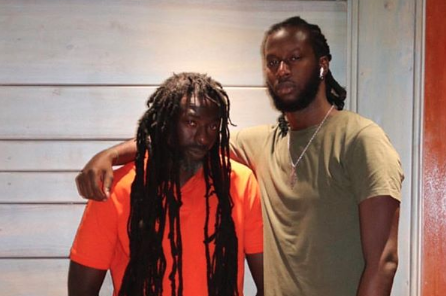 Buju Banton made sure to address the shocking accusations made by his son Markus Myrie  while performing at his Long Walk to Freedom concert in Kingston.

Last week an alleged altercation took place at Buju Banton’s recording studio in St Andrew which led Markus blasting him on social media and filing a report to the Constant Spring Police.

“So much drama since December. This man needs to go back to prison and dead in deh,” Markus Myrie wrote on IG while calling his father a B****yman and ‘Coke head.’

“Parents love respect and can’t understand is a two-way street; but me mada never grow me fi take disrespect. B****yman you cah talk to me any way you wah. Me nah fi itch up round yuh fi nothing, and me nah stretch out me hand to you or depend pan you, and it hurt say you can get fi tek liberty a me don’t? But blessed is the child that has his own, Oh and me a press charges,” he added.

Speaking with the audience inside the National Stadium during his two-hour set, Banton said, “Me come home and some bwoy no know say even though Buju Banton lockup we still rough. 8 years 6 months, 27 days, 13 hours, 5 minutes and 26 seconds. I’m gonna say this is a disclaimer. No disrespect to no one, i’m just talking about me.”

“Me no care what in a the media / Me no business bout the news, Me do 10 years a prison nut no sexual abuse / No tear no deh pon me rectum and me anus no abuse / Me see it say nuff a them confuse,” Buju deejay.

“Dem say mi a coke-head. What are they talking about?,” he asked later during the show before launching into Hills and Valleys.