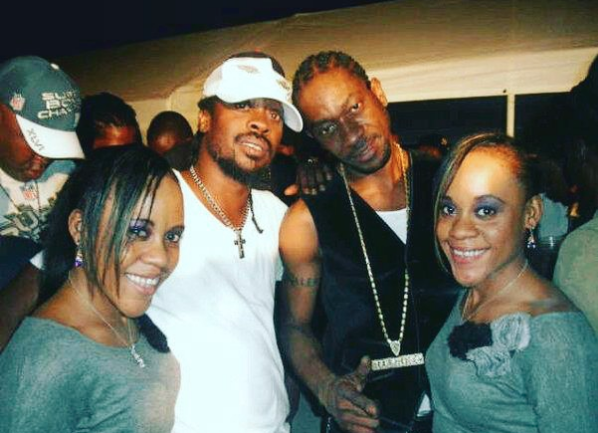 Bounty Killer has been showing love to Beenie Man over the last few days and he’s finally sharing why.

Last week the veteran Dancehall artistes and longtime rivals shared a laugh when they both uploaded a throwback photo together.

The following day, Bounty Killer uploaded yet another photo with Beenie Man sending him love, “From the yesterday’s until today it’s a very colorful journey from there to here give thanks to the most high God sela growth and maturity we all need indeed???? AIN’T NO LOVE OR UNITY IN DEATH MI A SHARE MY LOVE AND UNITY WHILE I’M ALIVE FOLKS UNUH NUH WAIT UNTIL WE DEAD LIKE NIPSEY TODAY IS SHOW SOME Black Love [email protected],” Killer wrote under a photo of the two.

The War Lord’s newly found affection towards Beenie Man whom he feuded with for many years started to raise a few eyebrows in the Dancehall industry until now.

On Tuesday, Bounty Killer took to social media once again to explain his actions and share a heartfelt story.

Killer uploaded a photo with Beenie Man and said back in 2003 at his event “Its A Party” which held at Kingston Polo Club Caymanas Estates he told security officers not to let him into the venue however, “Beenie cuss off the security dem and returned with a Polo Club Membership Card get into the party and ended up on stage deejaying the morning too, what a heart,” he wrote.

“When my father died 09 he was at the ninth night and funeral too, in this pic here it was 2012 March 4th my mom ninth night, the worst days of my entire life he was there and at the funeral also.”

“Unuh know all who and who that I helped and mama prayed for regularly didn’t turned up but they said in death and grief that’s where u know ur real true friends not in the festivities and the celebrations but as a rival he had supported me way more than half of the ppl I gave the platform he maybe not be my closest bredrin since I don’t know his fone number or where he lives we both have our ways at times but he is truly a friend indeed when truly indeed Salute Greatness Kabooom full transition??? {Sumfest Dancehall Night} 90s Recall Tune fi Tune a Murda?,” he continued.