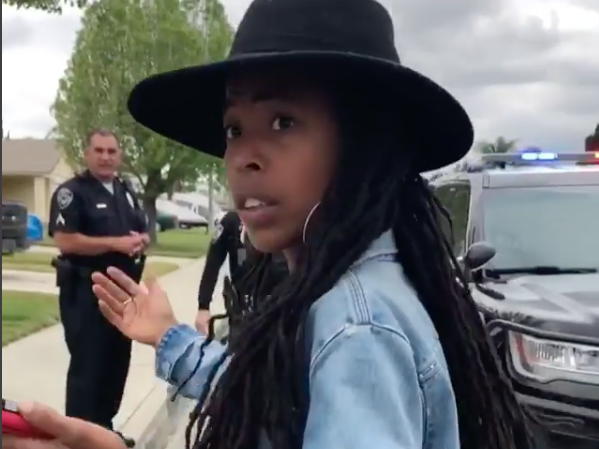 Prendergast along with her black friends were leaving an AirBnB home to prepare for an event they organised when a neighbour reportedly called police on them.

In a video uploaded on social media by the Jamaican actress and filmmaker, the police can be heard demanded that the owner of the property appear in person to verify the identity of Prendergast.

An officer told Prendergast that she was being detained along the street in order for the officers to investigate and to “cover all our bases”.

Bob Marley Birthday Celebration In Kingston Shut Down By Cops

“Be Love. So much things to say right now….,” Prendergast captioned a video of the incident “Got surrounded by the police for being black in a white neighbourhood. Smh. I’m sad and irritated to see that fear is still the first place police officers go in their pursuit to serve and protect, to the point that protocol supersedes their ability to have discernment. Many have suffered and died in moments like these. That’s a crazy reality check. Give Thanks for life, and the ability to stand our ground. We are stronger together. Use your voice collectively.,” she added.

My hand was made strong, by the hands of the Almighty. None of them can stop the time. We won’t stand aside and look. We are greater than they wanted us to believe. #belove #buildcomeunity #mightcannotdefeatright #eachoneteachone #standuplove #emancipateyourself #wehavetherighttoberight