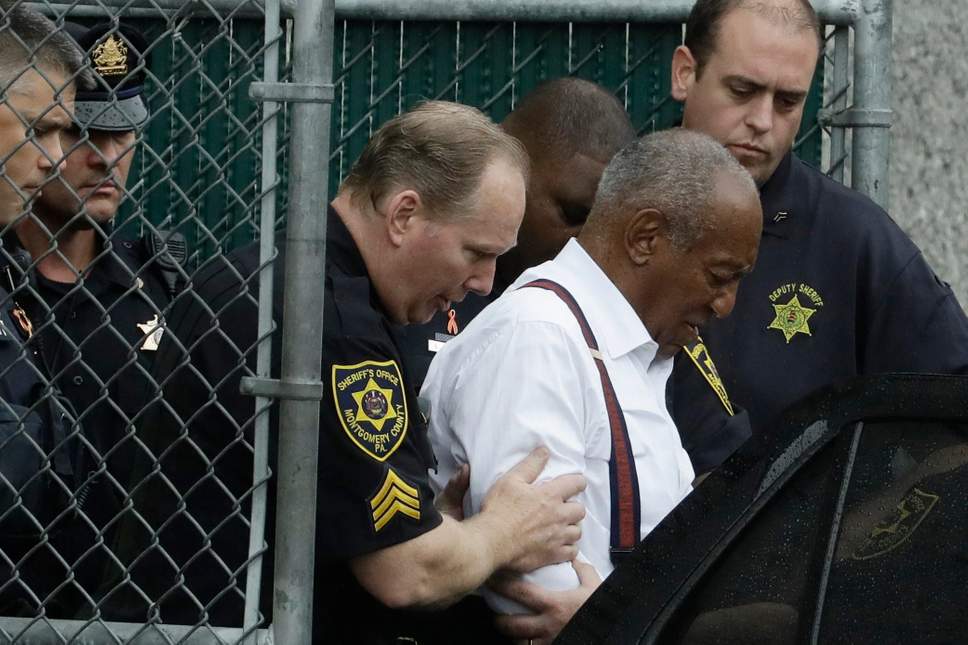 At an age when other Hollywood stars are settling into retirement and collecting lifetime-achievement awards, an 81-year-old Bill Cosby was led away to prison in handcuffs Tuesday, sentenced to three to 10 years behind bars in what was seen by many of his accusers as a reckoning richly deserved and long overdue.

The comedian, TV star and breaker of racial barriers became the first celebrity of the #MeToo era to be sent to prison. He was found guilty in April of drugging and sexually assaulting a woman at his gated estate in 2004 after being barraged with similar accusations from more than 60 women over the past five decades.

Bill Cosby may be placed in the general population in prison as he adapts to his new life as inmate NN7687.  He was moved Tuesday after his sentencing to the Pennsylvania State Correctional Institution Phoenix in Schwenksville, PA.

The prison is a maximum security facility, which it houses some of the most violent offenders in the state, TMZ reports. The prison is fairly new and has 3,830 beds.

Due to his medical problems, Cosby will be housed in a single cell next to the infirmary. He will be allowed phone calls and visitation consistent with prison policies.

A prison official says, “We are taking all of the necessary precautions to ensure Mr. Cosby’s safety and general welfare in our institution.” The official says the long-term goal is for Cosby to go into the general population.

If Cosby serves the full 10-year sentence, he will be 91 when he is released.