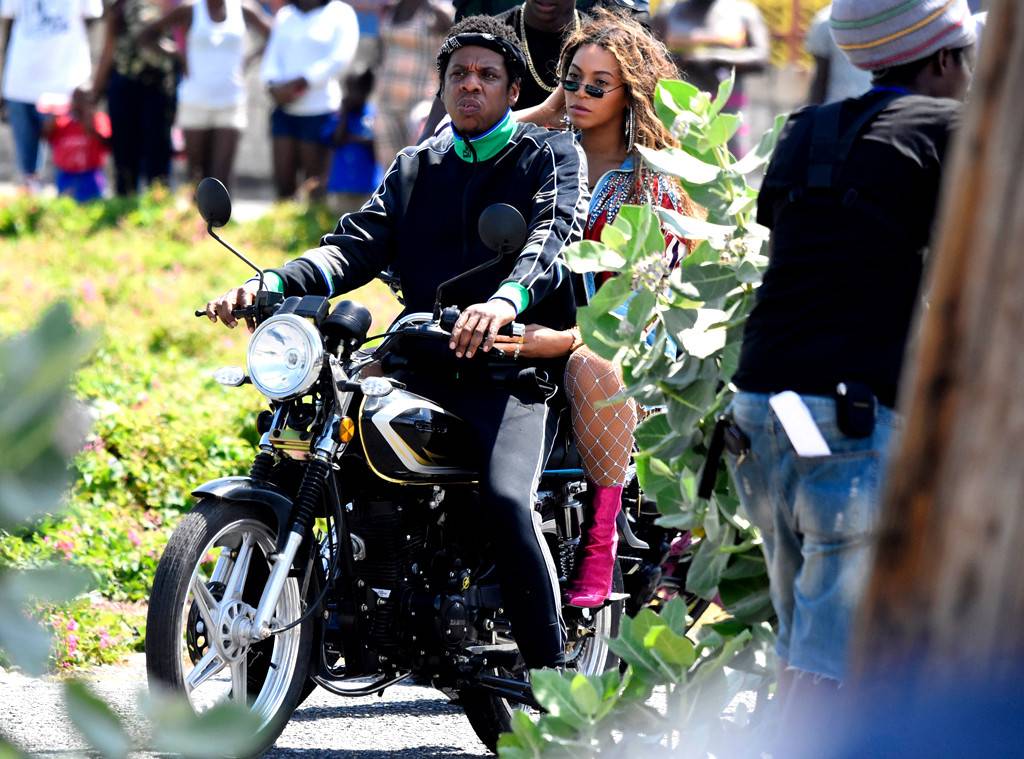 The ‘Yeng Yeng’ allegedly used by Beyonce and Jay Z during their video shoot in Jamaica is now up for sale.

In a post made on social media in a group named Jamaica Black Market, a user claims that he will be taking bids for the motorcycle starting at JMD $5,000,000. “The “Yeng Yeng” Jay Z and Beyonce ride on,” the subject wrote as the description read, “This is a bid so bidding starting at 5million. The highest bigger wins.”

Jay Z and Beyonce shut down Trench Town, St. Andrew on Tuesday and transformed the community into a Hollywood movie set.

Police officers and private security guards blocked off a section of the area as the American power couple shot their brand new music video.

In a footage uploaded online, the rap legend could be seen riding the bike with wife Beyonce coolly nestled on the back. They were followed by a number of riders behind them.