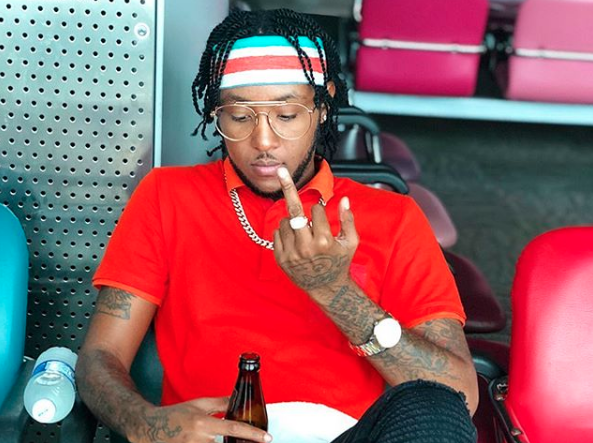 The Government of Bermuda is refuting Dancehall artiste Vershon’s allegations that he was denied entry into the country as a tourist, after his concert was cancelled.

Last week the “Inna Real Life” deejay‘s management team alleged he got turned away at the LF Wade International Airport after being told that the BDA Summer Music Festival at Snorkel Park in Dockyard had been cancelled at the last minute, thus making his work permit invalid.

“While we understand that Vershon needs a work permit to work on the island, and its the Government right and decision to cancel the event/permits. The artiste still had the legal required documentation to visit the island as a tourist which was ignored. Its unfortunate, that those who seek to bring positive publicity, and aid in the economic development of Bermuda tourism sector is refused entry even with the proper documentation. The artiste who is a brand ambassador for reggae-dancehall music is owed an apology for the way it was handled” Vershon’s publicist Shuzzr Smith said in a press release.

After doing some checks, Minister Caines revealed that Bermuda’s Immigration Department was told that three Jamaicans had arrived on the island however they didn’t have valid permits. They all were allowed entry to Bermuda as visitors, however Vershon whose given name is Kemar Brown was not among them.

There was “no record of Mr Brown (Vershon) in our system”, or of an application for him to perform, Caines added. The artiste’s name also did not appear on any Bermuda flight manifests for the day in question.

Speaking with The Royal Gazette Newspaper, Caines said “I am disappointed that they have allowed both international and local media to misplace blame on Bermuda and the hard-working people at the Department of Immigration.”