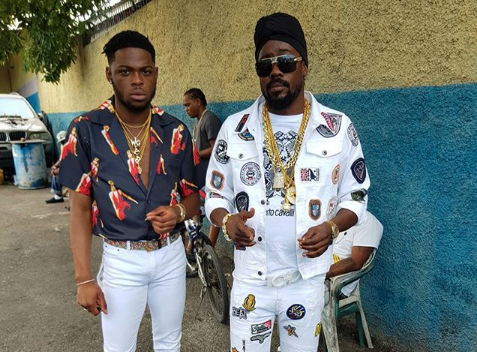 Beenie Man is once again a target for internet trolls.

The ‘King of Dancehall’ and his British collaborator Yxng Bane became laughing stocks last week after photo surfaced of the two online.

“Vroom Vroom” Beenie Man caption the photo chilling with Bane on set of their music video shoot, however their outfits instantly got the attention of trolls who went HAM.

Beenie Man was then brought into the mix as others accused the entertainers of being gay, “@kingbeenieman are you gay? you actually coming out the closet now?” one fan asked while another added.

“No Beenie is not a good look the two of you guys like fruity like why the hell is dude pants so tight ninjas need to stop shopping in the women section,” one continued.

View the photo below.