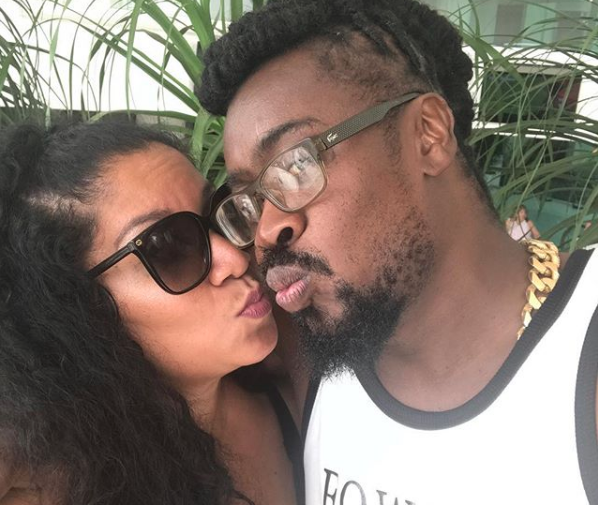 Beenie Man is really dominating the headlines this year.

Following his stint with estranged wife D’Angel, Popcaan calling him out for allegedly disrespecting his mother and his daughter, Deshagaye “Desha Ravers” Davis blasting him and his longtime girlfriend Krystal Tomlinson, the Doc. is now making rounds online once again.

Many can recall Beenie Man’s reason for snubbing D’Angel at her birthday bash claiming it was inappropriate, so Dancehall fans were shocked when a photo surfaced of the veteran recording artiste and a female in Aruba over the weekend.

In the photo shared on Sunday, Beenie Man can be seen close to the woman with his lips just seemingly inches away from hers.

“What are you having for your Sunday dinner? I’m not sharing mine…hahaha,” she wrote. The photo and caption was cosigned by the “Girls Dem Sugar” deejay who liked the post on Instagram.

The post has since been making rounds on social media with several persons bashing Beenie Man as they believe it is very inappropriate.  View post and comments below.