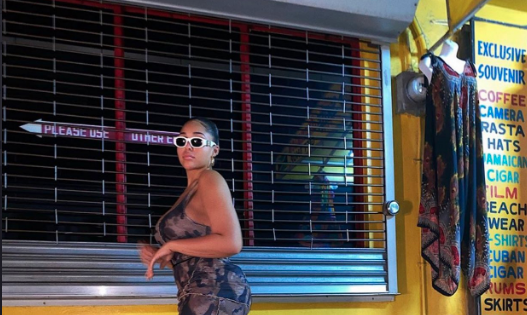 Jamaica is a hot vacation spot right now! especially if you’re a celebrity.

There must be something in the water, maybe its the jerk chicken! but American celebrities have been flocking to the island in the past few weeks.

In the last few days, a host of American celebrities have flocked the island, leaving many locals to speculate.

The couple was joined by a host of other celebrity friends and family, taking up temporary residence in Montego Bay.

Lori, who is the stepdaughter of comedian Steve Harvey, took to Instagram to share pics and videos of the celebrations.

The 23-year-old was spotted getting cozy with her boo Future at a private party at Lounge 27/27 in Montego Bay.

Since that, a host of other celebrities have also been spotted, leading many to speculate what is going on.

Fans have since taken to social media debating what exactly is going on, with numerous theories emerging.

“No sah look like sumun a gi weh a yaad and me no know,” one fan joked, while another claimed, “Just get the 411 someone’s getting married out here and them fly in for it I don’t know who yet but will mek unuh know.”