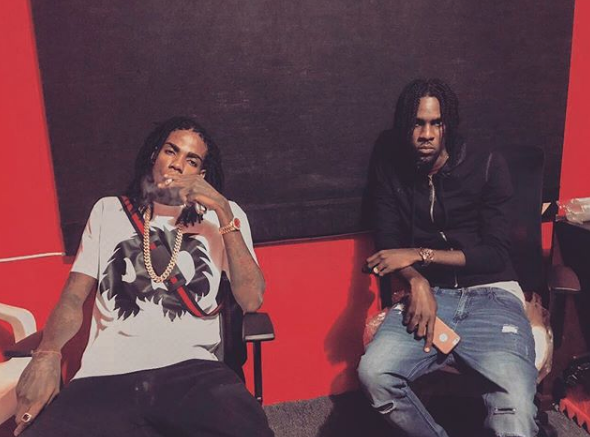 Alkaline’s close friend and producer, Jahvy Ambassador is counting his lucky stars to be alive today.

The producer best known for Alkaline’s smash hits My Love, Mirage and Heartless Killaz, under his Tru Ambassador record label, was hospitalised last week after he was involved in a serious car crash.

On Sunday, Jahvy uploaded his first post on social media following the accident, “So grateful to be alive today after almost losing my life in a terrible car accident a few nights ago,” he wrote under a photo of himself sitting in a wheelchairs with bandages on his face.

“My deepest and most sincere apologies to my friends traveling with me that night story could have been different but we de ya????. blessings to my bro @week.day thanks for everything bro bro!!! @ep_ent mi g respect… overwhelming love from all my friends n supporters ❤️ appreciate all the calls,texts,DMs and messages just a try get sum rest fi get back at dem? #YoJahvy ? #twitter? #neverlosehope ??,” he added.