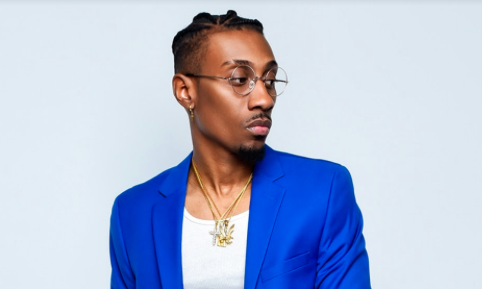 Last weekend, marked the official start of summer and with only a few days into the season, dancehall recording artiste Ajji (formerly known as Ajrenalin) has already signalled his intention to dominate the period with his latest collaborative effort titled, ‘Live For The Summer’. The single, a braggadocious ode, celebrating the opulent lifestyle also features musical heavyweights Busy Signal and Stylo G flexing their lyrical muscle on the track. Premiered only days ago, the New League Music produced record has already bullied its way onto the playlist of several top tier jocks and media outlets across the diaspora and based on current trajectory is poised to become arguably one of the summer’s biggest anthems.

When quizzed about the concept and creative process behind the record, a seemingly jocund Ajji disclosed that the idea came to life when he was contacted by producer Michaelius Phipps of New League Music,

“I was contacted by longtime friend and producer Michaelius Phipps of New League Music with the beat and asked to come up with a song for the summer to include Stylo G. I wrote the song, demo the verses and sent it to Stylo G, who immediately jumped on the record bringing his own style and flair. Call it a stroke of luck or impeccable timing while the song was being mixed Busy Signal walked into the studio and was captivated by the contagious beat! Busy laid his verse stating, “No! mi need piece a dis” everything else is history.”

Meanwhile, with an aggressive media campaign around ‘Live For The Summer’ plans are already afoot for an official video. Distributed by VPAL Music the single becomes available on Friday, June 26 via all major digital platforms. Intent on making an indelible mark on the industry this year Ajji is currently working on a plethora of new material slated for release in the weeks ahead.

Currently based in New York, Ajji is no stranger to the Jamaican music scene. This savvy lyricist has been carving out a solid niche for himself on the underground circuit with his potent freestyles and satirical jabs. In recent times he has been featured on several high-profile presentations including the recently concluded ‘Day in New York’ hosted by Power 105’s Breakfast Club host Angella Yee.

Alluding to his name change Ajji cites the difficulty his fanbase had finding his music online as the reason,

“Fans of my work couldn’t find their favourite songs because of the complexity in spelling my name (Ajrenalin) therefore I met with my team and made a collective decision to change it to something short, unique, easy to spell and identifiable.”