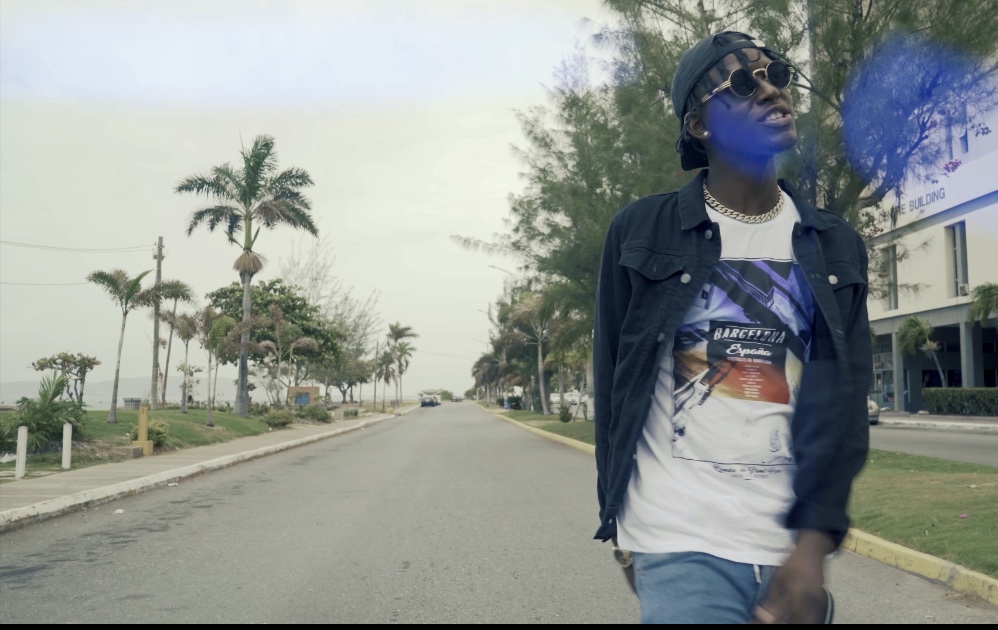 It’s no question that Aj Yng “Stainless” will be a standout track in his current discography.

The 21-year-old Singer/ rapper recently has released the music video for the track, where we see the Central Village native on the streets of Downtown Kingston Jamaica dancing along side friends and a few talented female dancers who take the spotlight for solo dances throughout the video—interesting so far?

But just when we thought we knew what the video was going to be we were thrown a curve ball with the latter end being a video of Greetings his previously released single , it was a pleasant surprise showing the landscape of his hometown of Central Village with scenes of locals showing support for the native.

Styled in cool colors the music video for “Stainless/Greetings” is yet another example of how Jamaican youth are slowly making their own space for fresh, creative and quality sounds and visuals.