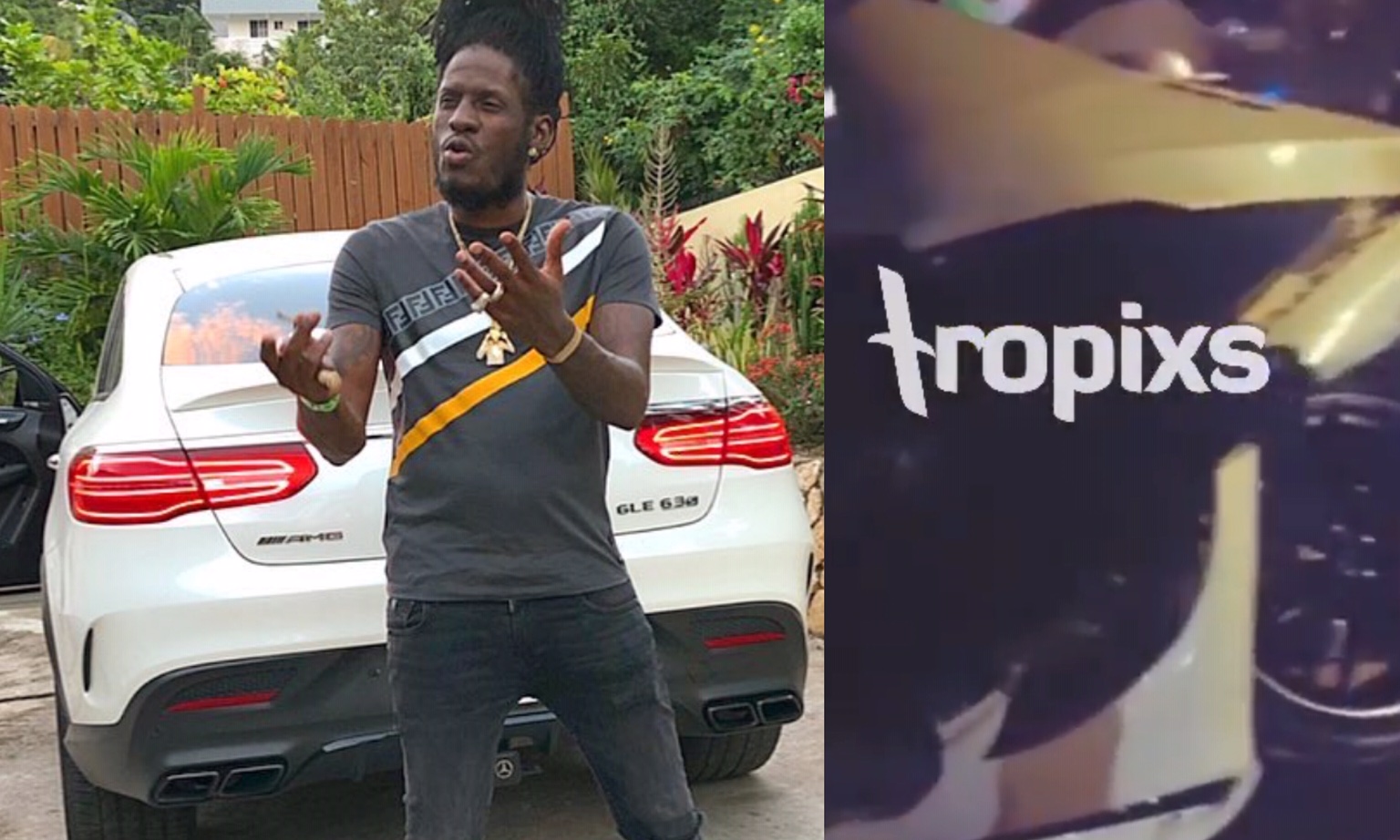 While information around the incident remains sketchy, footage uploaded on social media confirmed that the “Big Baller” deejay’s 2018 Mercedes-Benz GLE63 SUV was totaled in the crash that occurred along Mannings Hill Road,  St. Andrew.

According to sources close to Adionia, the entertainer immediately got medical attention for minor scratches and was a bit shaken up as a result of the crash.

Aidonia became the owner his Mercedes-Benz AMG GLE63 S Coupe in May of last year.

The Mercedes-Benz GLE-Class is ranked #13 in Luxury Midsize SUVs by U.S. News & World Report. MSRP starts at $115,680 in the United States which is around JMD 14 Million.

Aidonia had to pay shipping fees, import duties along with a slew of taxes and insurance which would bump the total cost at around an estimated $28 Million.

The Mercedes-Benz AMG GLE 63 S comes with a plethora of features and technology including the famous hand build AMG 5.5 Litre V8 Biturbo engine that outputs 577 horsepower which moves from 0 to 60 mph in 4.1 seconds.

Prayers up for #Aidonia, the #Dancehall deejay escaped with minor injuries after a car accident early Sunday morning. ??