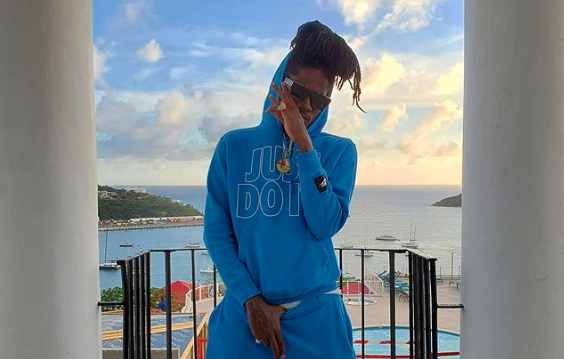 Aidonia has dropped the visuals for his new single “BaAD!”

The 4th Genna deejay is back with another scorching new single and the visuals to match the track.

On Friday the deejay dropped the gritty new single, with an equally edgy viral video, much to the delight of fans.

The music video, which is directed by Magic Studio, is filled with dark and gritty images. It opens with a gruesome scene of a man being tied up and blindfolded while being tortured around a campfire.

Although nothing is explicitly shown, fans are given just enough insight to figure out what happens next.

Despite its disturbing tone, the mood perfectly synchronizes with Aidonia’s lyrics. The track itself carries a simple but catchy chorus but is filled with lyrical bombs throughout the verses.

Fans also seem to be giving the track their stamp of approval, with many giving it a passing grade on social media.

“Them think the genna boss did gone but him just did a give the wanna be artist dema chance but dem call back di boss fi run di wrld again!!” one fan declared.