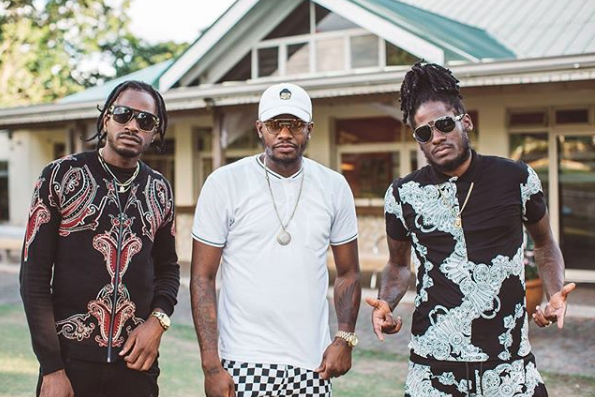 Aidonia and Govana are set to release a star-studded music video for their new smash hit collaboration ‘Breeze’.

The two shot scenes from the visuals last week which will include Dancer turn recording artist Ding Dong and his Ravers Clavers crew along with social media sensation Fat Skull.

Produced on the 4th Genna Music/J.O.P imprint, ‘Breeze’ track has been dubbed a solid follow-up to their 2012 effort ‘Run Road’ with its jocular groove and overkill of witty lyricism.

Currently saturating the space with tracks like Fire, Yeah Yeah, Hot Tool, Gyal Clown, Shallow Grung and Loco both deejays says this is something the fans have been requesting for some time now.

“As you know Aidonia and I did ‘Run Road’ in 2012 and that went to No.1 on various charts for several weeks. Since then the fans have been requesting more collabs from the camp but nothing happens before the right time. I was using that time to learn the business and hone my skills. So now we link up again___ it’s going to be a ‘Breezy’ Christmas.” – a seemingly jocund Govana explained.

“Right now we just let the music do all the talking__ how the Christmas look? ‘Breezy” – Aidonia added.