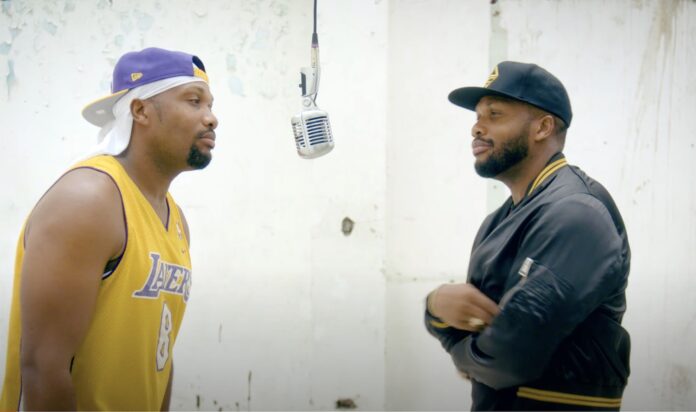 Agent Sasco, formerly known as Assassin rolls out the official music video for “Sasco vs Assassin.”

The track also highlights the entertainer’s journey since he entered the music industry in 2001 as Assassin to his growth and eventual name change to Agent Sasco.

In the visuals directed by Jay Will, a more mature Agent Sasco is dressed in full black as he speaks to a younger Assassin, who is rocking a Lakers jersey and cap with a white durag and jeans.